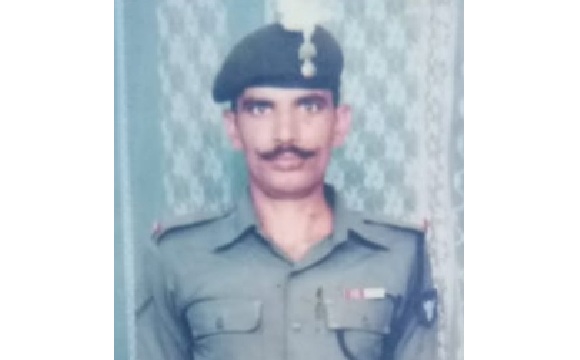 Place of birth : Farrukhabad, (UP)

Naik Rakesh Chand hailed from Nagla Jabb village in Farrukhabad district of Uttar Pradesh. Son of Late Shri Ram Prakash Yadav and Smt Jasoda Devi, Naik Rakesh Chand had an inclination towards the Armed Forces since his younger days. After completing his school education he got selected and joined the Army in 1984. He was recruited into the 18th battalion of the Grenadiers Regiment, an infantry regiment with a long history of gallantry and battle honours.

During 1999, Naik Rakesh Chand's unit 18 Grenadiers was deployed in the J & K along the LOC. 18 Grenadiers battalion was inducted in Drass area on 19 May 1999 under the command of 121 Inf Bde and were operating along with 1 Naga and 8 Sikh battalions. These battalions along with 28 RR less a company operated under 121 Inf Bde till 22 May when HQ 56 Mountain Brigade assumed the command of the Drass area. 18 Grenadiers under the command of Col Khushal Thakur was tasked to launch an attack to capture Tololing by 02 June 1999. On 29 May 1999, as a part of battalion operations to capture the Tololing feature, it was decided to secure the initial foothold by capturing its forward post where the enemy held a strongly fortified advance position. Naik Rakesh Chand was made part of the team that was assigned this task.

The post was located in a treacherous, mountainous terrain at about 15,000 feet and covered with snow. Naik Rakesh Chand and his comrades began climbing towards their fortified objective with picks and axes. As the operation was underway, they were attacked by the enemy with heavy artillery fire. Despite the ferocious attack, the assault party continued to inch their way up. However during the heavy exchange of fire, Naik Rakesh Chand got hit by bullets and was martyred. This operation later facilitated the capture of Point 4590. Naik Rakesh Chand was a valiant and determined soldier who laid down his life in the line of his duty.