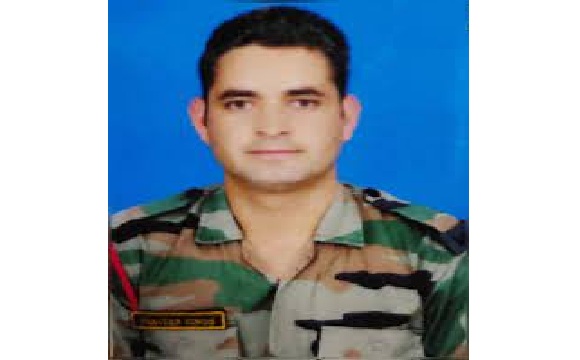 Naik Praveen Singh hailed from Pundoli village of Tehri Garhwal district in Uttarakhand. Son of an army veteran, he always wished to follow in the footsteps of his father and don the Army uniform. Following his dream, he joined the army after completing his school education and was recruited into the 15 Garhwal Rifles battalion of the Garhwal Rifles Regiment, an infantry Regiment known for its brave soldiers with a rich history of various battle honours.

After serving for a few years, he got married to Ms Amita and the couple had a son Vansh. By 2022, he had been promoted to the rank of Naik and had served in varous operational areas.

During Jun 2022, Nk Praveen Singh's unit 15 Garhwal Rifles was deployed in the Shopian district of J & K along the LOC. As a number of militants were active in the unit’s AOR(Area of Responsibility), the unit troops had to maintain a very high state of preparedness at all times and had to undertake operations at a short notice. Based on the information from the intelligence sources, about the presence of some hardcore militants in Sedow area of Shopian district, the security forces decided to launch a search and cordon operation in the suspected area on 2nd June 2022. Nk Praveen Singh was made part of the team that was assigned the task of undertaking this operation.

On 02 Jun 2022, Nk Praveen Singh and two of his comrades set off in a army hired private vehicle to join the team in the operation at Sedow area.  As the vehicle was on its way to the operational area, it came under attack by an IED blast triggered by the militants. The blast was very powerful which smashed the front glass shield of the vehicle and flattened both the front tyres. Nk Praveen Singh and two other soldiers got seriously injured and were shifted to the command hospital at Udhampur. However Nk Praveen Singh later succumbed to his injuries and was martyred on the 3rd of Jun. Nk Praveen Singh was a dedicated and committed soldier who laid down his life in the line of his duty at the age of 33 years.

Nk Praveen Singh is survived by his wife Smt Amita and son Vansh.