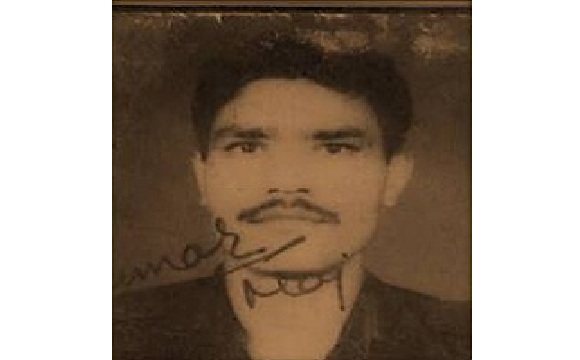 Naik Kashmir Singh hailed from Dehradun in Uttarakhand and was born on 02 Oct 1966. He joined the Army after completing his education at the age of 19 years. He was recruited into 18 Garhwal Rifles battalion of the well known Garhwal Rifles Regiment, an infantry regiment widely respected for its intrepid soldiers and numerous battle exploits.

Realizing the gravity of the situation, Naik Kashmir Singh sensed that the sangar had to be neutralized at any cost to facilitate the advance and reduce own casualties. He understood that there was no other way but to physically assault and clear sangar. Bleeding profusely and without caring for his personal safety, Naik Kashmir Singh physically charged the sanger and cleared it, killing one enemy soldier. However while doing so, he got a burst of universal machine gun on his chest and face and got severely injured. He soon succumbed to his injuries and was martyred. Naik Kashmir Singh was a valiant and committed soldier who laid down his life in the line of his duty. Naik Kashmir Singh was awarded “Vir Chakra” posthumously for his commendable bravery, indomitable fighting spirit and supreme sacrifice.

The Citation for the ‘Vir Chakra’ awarded to him reads:-

On 29 June 1999, Naik Kashmir Singh was with a team tasked to attack Point 4700, an objective in the Drass Sector during "Operation Vijay". The objective was well fortified and heavy automatic fire was being brought down on the advancing troops. A sangar on the Southern slopes was engaging the troops and the advance was held up. Two individuals, including Naik Kashmir Singh, sustained bullet injuries.

Naik Kashmir Singh had got hit in the shoulder and was bleeding profusely. He understood that there was no other way but to physically assault and clear sangar. Bleeding profusely and without caring for his personal safety, he physically charged the sanger and cleared it, killing one infiltrator. In doing so, he got a burst of universal machine gun on his chest and face and succumbed to his injuries on the spot. Despite being wounded, Naik Kashmir Singh displayed grit and determination, indomitable sprit and extraordinary courage in the face of the enemy and made the supreme sacrifice in the highest traditions of the Indian Army.