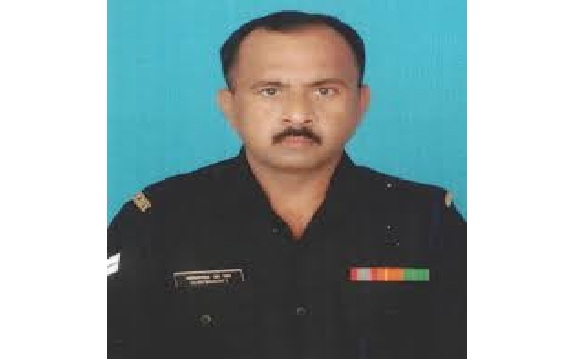 Naik Gaikwad Manoj Laxman Rao hailed from Chunchkkede village in the Dhule district of Maharashtra.  He wanted to serve in the Army since his childhood and eventually joined the Army after completing his school education in the year 2002 at the age of 21 years. He was recruited into the Corps of Engineers, the important combat support arm of the Indian Army. By 2022, Naik Gaikwad Manoj had completed around 20 years of service and had worked in various operational areas. After serving with his parent unit Naik Gaikwad Manoj was later deputed to serve with the 56 RR battalion, deployed in J&K for counter-insurgency operations.

During Nov 2022, Naik Gaikwad Manoj Laxman Rao‘s unit 56 RR was deployed in the Kupwara district of J&K close to the Line of Control(LOC). The AOR (Area Of Responsibility) of the Battalion ran along the LOC, which was also prone to infiltration from across the border. Besides undertaking planned counter-insurgency and counter-infiltration operations, the unit launched regular armed patrols to monitor its AOR.  Naik Gaikwad Manoj was part of one such patrol in the night of 17/18th Nov 2022 in Machil Sector. The designated route of the patrol passed through the rugged area and was also prone to avalanches. As the patrol was underway, one of the soldiers Gunner Souvik Hazra, complained of breathing difficulty. After initial assessment, it was planned to evacuate him to the nearest post. On approaching the nearest post, the tail of the patrol party comprising Naik Gaikwad Manoj and Lance Naik Mukesh Kumar came under a massive snow slide. A search and rescue operation was launched immediately with specialized equipment and the troops from the nearest post also moved to undertake the operation.

Meanwhile, medical condition of Gunner Souvik Hazra, who was diagnosed with hyperthermia, started deteriorating. An air evacuation request was raised at about 10.30 am and he was evacuated to 168 Military Hospital, Kupwara where the brave-heart later succumbed to his medical condition.  In the meantime, the search party at the snow slide site, located Lance Naik Mukesh Kumar. He was moved to the nearby post and further evacuated to 168 MH, Kupwara at about 2.30 pm by helicopter. However Lance Naik Mukesh Kumar later succumbed to his medical condition at the Military Hospital.   Thereafter, after extensive search, Naik Gaikwad Manoj Laxman Rao was recovered at around 4.30 pm on 18 Nov and was air evacuated to 168 MH, Kupwara. But Naik Gaikwad Manoj Laxman Rao too could not be revived and succumbed to his medical condition. Naik Gaikwad Manoj Laxman Rao was a valiant and dedicated soldier, who laid down his life in the line of his duty.

Naik Gaikwad Manoj Laxman Rao is survived by his wife.