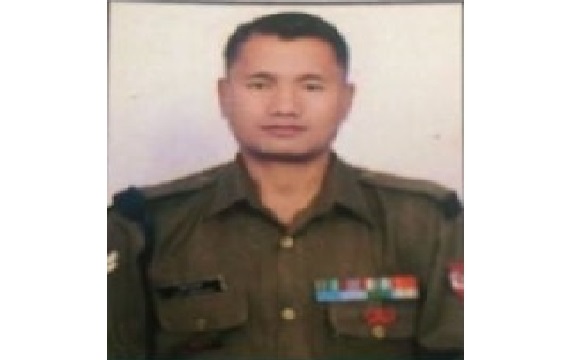 Naik Chittranjan Debbarma belonged to Garingpara village, West Tripura district of Tripura. He joined the army after his initial education and was recruited into 51 Engr Regt of the Corps of Engineers, one of the oldest arms of Indian Army.

During Nov 2016, Naik Chittranjan was serving with 51 Engr based at Nagrota in J&K. On the fateful day of 29th November a group of heavily armed terrorists attacked 116 Med Regt camp at about 5.30 am in Nagrota and killed four soldiers. Thereafter the terrorists entered two residential buildings, in an attempt to cause more casualties. Three terrorists took over vantage positions in two residential buildings that housed officers' families and a Mess. Major Kunal Gosavi of 116 Med Regt on being informed about the attack immediately swung into action and activated the unit's Quick Reaction Team(QRT).  Maj Akshay Girish Kumar of the nearby 51 Engineering Regt and his unit’s Quick Reaction Team(QRT) along with Naik Chittranjan also reached the site quickly and moved the injured soldiers and family members to safety. Naik Chittranjan's QRT vehicle came under heavy terrorist fire even as they entered the location. Major Akshay showed exemplary leadership in assessing the danger and moved in with his team to take counter-terrorist action. Their task was to prevent terrorists from killing women, children and unarmed men who were trapped within their homes.

But in the ensuing exchange of fire, Naik Chittranjan received gun shots and got seriously injured. He later succumbed to his injuries and was martyred. Naik Chittranjan and his comrades not only engaged the terrorists and prevented the evil designs of the terrorists to take hostages and massacre innocents, but they also ensured that the terrorists could not spread out in the camp area and harm important military assets.  However during the operation, besides Naik Chittranjan, six other soldiers made the supreme sacrifice which included Major Akshay Girish, Major Kunal Gosavi, Hav Sukhraj Singh, Lance Naik Kadam Sambhaji Yeshwantrao, Grenadier Raghavendra Singh and Rifleman Asin Rai. Naik Chittranjan was a valiant and dedicated soldier, who laid down his life in the service of the nation. Naik Chittranjan Debbarma was given the gallantry award, “Sena Medal” posthumously for his commendable bravery, devotion to duty, and supreme sacrifice.