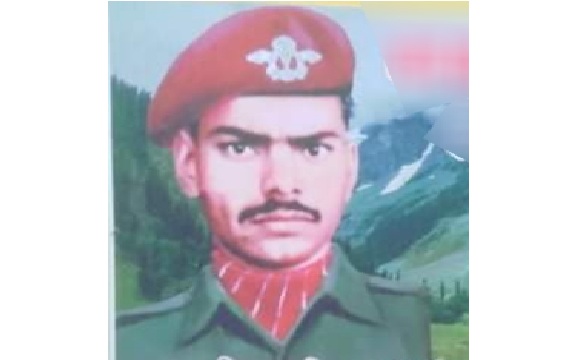 Naik Bhanwar Singh hailed from Hirasani village in Jayal tehsil of Nagaur district in Rajasthan and was born on 3rd Sep 1977. Son of Shri Vijay Singh Rathore, he joined the Army on 10 Dec 1994 at the age of 17 years. He was recruited into the 7 Para battalion of the  Parachute Regiment, an elite infantry Regiment well known for its daredevil para commandos and numerous bold operations.

During Kargil operation in the year 1999, Naik Bhanwar Singh’s unit 7 Para was deployed in J&K. By the third week of May 1999, the legitimacy of the reports about Pakistani infiltration was proven and it had been established that the infiltration had been done on a large scale in various sectors, including the Mushkoh valley area. The Mushkoh valley provided a possible route of infiltration into the Kashmir valley as well as into the Doda-Kishtwar-Bhadrewah areas of Jammu. When Indian Army launched "Op Vijay" in response to the large scale infiltration by Pak forces in J&K, 7 Para was moved to Mushkoh valley in  June 1999. On 10th July 1999, Naik Bhanwar Singh while fighting the Pakistani intruders laid down his life and attained martyrdom. Naik Bhanwar Singh’s unit 7 Para at that time was part of 50 Para Bde under the command of Brig Prabodh Bhardwaj functioning under the overall command of 8 Mountain Division.

As per the evolving operational plan, after the capture of Point 5140 in late June 1999, it was necessary to capture Pt 5060. However the capture of Pt 5050 seemed to be tactically difficult without the capture of Pt 4700. Thus the priority was shifted to Pt 4700 and the task was given to 50 Para Bde comprising 7 Para, 1 Para(SF) and 6 Para battalions. 6 Para and 1 Para(SF) were tasked to open up a track between Pt 3635 and Pt 4757 and secure enemy administrative camp at Pt 4905. Whereas 7 Para was to secure Pt 4700 in a multi directional approach. As planned on Naik Bhanwar Singh and his comrades launched the operation from the south of Pt 4700 between Kirdi and Kel Nalas. During the fierce exchange of fire with the enemy forces Naik Bhanwar Singh got seriously injured.  He later succumbed to his injuries and was martyred on 10 July 1999. However Naik Bhanwar Singh's sacrifice did not go in vain and 7 Para eventually captured Pt 4700 on that day.  Naik Bhanwar Singh was a valiant soldier, who fought gallantly and laid down his life at the age of 22 years in the line of his duty.