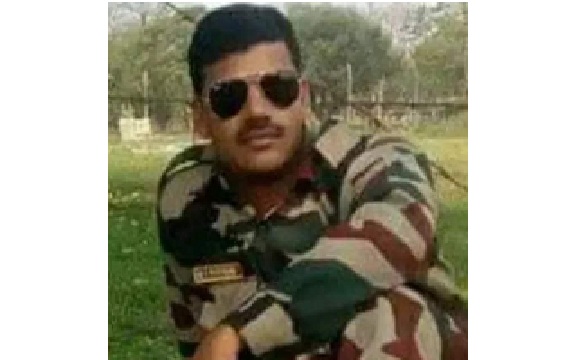 Naik Banwari Lal Rathore hailed from Diwankhedi village in Agar Malwa district of Madhya Pradesh. The only son of son of Shri Ramdayal Rathore, Naik Banwari Lal was inclined to serve in the Army right from his younger days. Following his dream, he joined the army after completing his school education in the year 2010. He was recruited into 270 Engineering Regt of the Corps of Engineers, one of the oldest arms of the Indian Army. After serving for a few years Naik Banwari Lal got married to Ms. Sunita on 3rd March 2013 and the couple was blessed with two sons Harsh and Jigar.

The Corps of Engineers consists of three major constituents namely Combat Engineers, MES and Border Roads. The Corps also provides officers to the Military Survey and Defence Research & Development Organization. The Combat Engineers provide mobility to their own forces by constructing bridges, tracks, and helipads. Naik Banwari Lal's unit 270 Engr Regt was also involved in construction and maintenance of roads in the north east in 2021.

During Dec 2021, Naik Banwari Lal was serving with 270 Engr Regt deployed in Manipur in the North-East. The unit was involved in construction and maintenance of roads, critical to the movement of troops in the mountainous terrain of the North-East.  The unit provided combat engineering support and maintained connectivity in the vast borders of the north-east besides providing succour to populace during natural disasters. The unit troops had to invariably undertake tasks in hazardous terrain under very challenging geographical and weather conditions. Naik Banwari Lal was tasked for one such task on 03 Dec 2021.

It was a road clearance task to prepare for an incoming operational visit. Naik Banwari Lal had to employ the dozer for the task that was mainly used for pushing, digging, excavation, and leveling materials like soil and debris at a work site.  As the operation was underway, the dozer became unstable owing to the soil conditions underneath. The situation became more precarious due to the mountainous terrain and slippery conditions. As a result Naik Banwari Lal fell down the hill in a deep gorge.  As it had steep gradient and rocky surface, Naik Banwari Lal sustained sever injuries. He was immediately shifted to the nearby military hospital, however he later succumbed to his injuries and was martyred. Naik Banwari Lal Rathore was a valiant and committed soldier, who laid down his life in the line of his duty. He was given the gallantry award “Sena Medal” (posthumous) on 15 Aug 2022 for his commendable courage, devotion to duty, and supreme sacrifice.