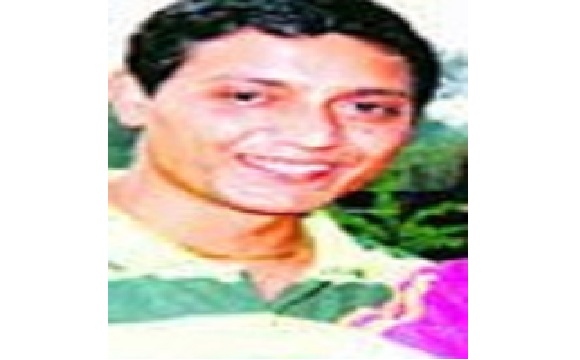 Naik Amit Sharma hailed from Dehradun district of Uttarakhand. Like many young people in Uttarakhand-the land of warriors, Naik Amit Sharma too wished to don the Army uniform right from his childhood days. Following his dream, he eventually joined the Army after completing his school education. He was recruited into 14 Rajput battalion of the Rajput Regiment, an infantry Regiment well known for its fearless soldiers.

After serving for a few years in the year 2006, he got married to Ms Priya Semwal, who was studying in DAV PG College in Dehradun at that time. The the couple was blessed with a daughter Khwahish on 16 July 2007.  By 2012, Naik Amit Sharma had served in many operational areas and developed into a tough and dedicated soldier. Naik Amit Sharma was very cheerful, caring and a family man. He was very progressive minded too and always encouraged his wife to continue her studies.

During 2012, Naik Amit Sharma’s unit 14 Rajput was deployed in Arunachal Pradesh in the North-Eastern region under the command of Col Arun Aggarwal. The unit’s AOR ( Area Of Responsibility) fell in the region that was affected by Insurgency. The unit had to maintain a high state of alert at all times and the troops were engaged in operations against the militants on a frequent basis. Naik Amit Sharma was part of such operations on a number of occasions. In June 2012, Naik Amit Sharma had returned from his leave and joined the unit. On 17 June 2012, he had reached the transit camp on the way to the operational area.

Major Priya Semwal got married to Naik Amit Sharma in the year 2006, as a 19 year old girl studying in first year of BSc in DAV PG College at Dehradun. Life took a happy turn for her with a loving husband, who was a progressive minded individual. Naik Amit Sharma was a caring husband and encouraged her to continue her studies, though he himself had studied only till class X. With the support of her husband and his family, she finished her graduation. She did not stop there and completed her MSc in Mathematics successfully, and then went on to attain a B.Ed degree as well. During this period, the couple was blessed with a beautiful daughter, whom they decided to name Khwahish.

During 2012, her husband was serving with the 14 Rajput Regiment in Arunachal Pradesh.  By that time she had started tutoring students in a private coaching institute in Dehradun. But in June 2012, destiny played a cruel joke with her, when her husband was martyred while serving in Tawang in Arunachal Pradesh as part of "Op Orchid". The world came tumbling down for her and (then) four-year-old daughter, Khwahish. She was distraught and got worried about their future. The attitude of the the distant relatives and society in general made the matters worse for her. At this juncture Col Arun Agarwal, the Commanding Officer of Naik Amit Sharma's unit 14 Rajput proved to be a ray of hope in her life.

Col Arun Agarwal advised her to appear for SSB and aim to become a commissioned officer in the Army. Though the thought was unsettling for her initially, she came around eventually with constant encouragement by Col Arun Agarwal and strongly supported by her brother Pravesh. She started preparing for the SSB with guidance from Col Arun Agarwal and support from Pravesh. With her outstanding perseverance and single minded focus, she cleared the SSB and joined the OTA Chennai in April 2013. During the training at OTA, she excelled in all aspects of training and won many laurels in varous competitions.

When she passed out in 2014 from OTA, she became the first Non- Commissioned Officer (NCO)'s wife to don uniform as a commissioned officer. It was no small feat by any stretch of imagination. It takes a lot of courage to do something of this sort, especially when she had lost her own husband doing the same thing she now wanted to do. While commending her feat, the then OTA commandant Lieutenant General SS Jog said- “Priya’s story is unprecedented. It’s the biggest tribute she could pay to her martyred husband and the greatest service she could render to our nation”.

She was commissioned as a Lieutenant into the Corps of the Electrical and Mechanical Engineering (EME) of the Indian Army. After joining the operational units too, she proved her mettle as a committed soldier and fine officer. She even became part of an Indian Army all women expedition in March 2022.  Major Priya Semwal and nine other women officers covered a distance of nearly 900 nautical miles marking this voyage as the first-ever sailing expedition undertaken by the all-women crew of the Indian Army.

Major Priya Semwal has proved enough that women are strong and are capable to take up anything and finish that successfully. The story of Major Priya Semwal is indeed encouraging and will certainly inspire many young women of current as well as future generations.