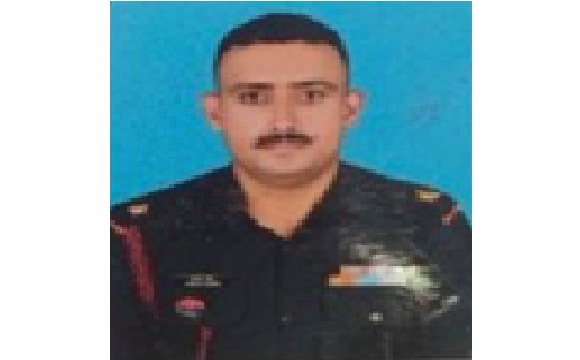 Naib Subedar Omkar Singh hailed from Najowal village in the Pathankot district of Punjab and was born in the year 1987. Son of Shri Thakur Raghubir Singh and Smt Saroj Bala, he had three sisters, Seema, Vandana and Mamta as his siblings. He wanted to serve in the Armed Forces since his childhood like many youngsters in Punjab and eventually joined the Indian Army after completing his school education in 2005 at the age of 18 years. He was recruited into the 285 Med Regt of the Regiment of Artillery, an important combat support arm of the Indian Army known for its booming field guns. After serving for few years, he got married to Ms Sapna and the couple had a son Mukund. By the year 2022, he had served in various operational areas and had been promoted to the rank of Naib Subedar.

During Dec 2022, Naib Subedar Omkar Singh's unit 285 Med Regt battalion, was deployed in Sikkim near the Indo-China border. The AOR(Area of Responsibility) of the unit spanned over remote rugged mountainous terrain with extreme weather conditions, especially in the winter season. The troops were deployed on various forward posts and often undertook patrol to monitor the area in between the manned posts. Also, heavy snowfall often blocked the roads and hampered the movement of troops which necessitated frequent clearance operations. The mountainous roads in the AOR of the unit were narrow and had steep gradients posing serious challenges to the quick movement of troops. Naib Subedar Omkar Singh and his comrades were tasked for an operation on 23 Dec 2022 and had to move by road to the operational area.

As planned the three-vehicle convoy set off in the morning of 23 Dec from Chatten to reach Thangu. Besides 285 Med Regt, the soldiers traveling in the convoy belonged to various other units which included 26 Mech Inf, 221 Fd Regt, 25 Grenadiers, 8 Raj Rif, 113 Engr Regt and 1871 Fd Regt.  As the vehicle carrying Naib Subedar Omkar Singh and 19 other soldiers was on its way, it skidded down a steep slope at Zema in North Sikkim while negotiating a sharp turn.  As the vehicle fell into a deep gorge, it got mangled beyond recognition due to the severe impact. As a result, all 20 soldiers got severely injured. The Army quickly launched the rescue operation and the injured soldiers were transferred to a field hospital, However, Naib Subedar Omkar Singh and fifteen other soldiers succumbed to their injuries and were martyred.