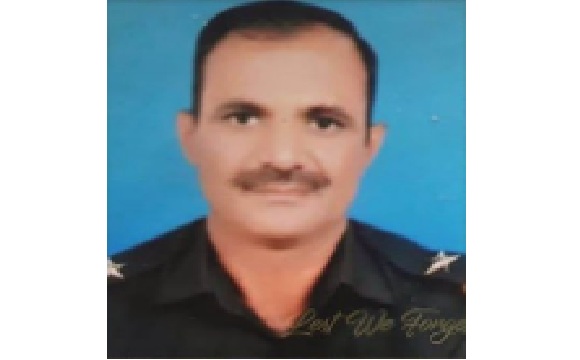 Naib Risaldar Sumer Singh Bagaria hailed from Dhani village in Gudagorji tehsil of Jhunjhunu district in Rajasthan.  After completing his school education, he joined the Indian army in Nov 1998. He was recruited into 55 Armoured Regiment of the Armoured Corps, a Corps well known for its powerful tanks and other heavy weaponry.  After completing his training he served in various operational areas and gained expertise in myriad tank operations. During the Kargil war, as a young soldier he got deployed along with his Regiment in Jaisalmer area of Rajasthan sector. Later he served in Ahmednagar in Maharashtra and Hisar in Haryana and became a part of numerous combat exercises and operations.

After serving for sometime, he got married to Ms Suman Devi and they were blessed with a son and daughter. Later he also became an instructor and trained many soldier in various tank operations.  By the year 2022, he had served in the Army for around 24 years and had been promoted to the rank of Naib Risaldar. By then he had developed into a dependable Junior Commissioned Officer, who shouldered his responsibility very well and commanded respect of his seniors and juniors as well.

During Oct 2022, Nb Ris Sumer Singh Bagaria was serving with 55 Armd Regt, operating T-90 Bhishma tank, one of the most powerful tanks in the world. Upgraded by a joint collaboration of the Indian, Russian and French engineers, T-90 Bhishma was protected by both conventional armour-plating and explosive reactive armour.  Equipped with the Catherine-FC thermal sights and Kontakt-5 K-5 explosive reactive armor plates, T -90 Bhishma had 125mm 2A46M smoothbore main gun that was stabilized in two axes and fitted with a thermal sleeve and 12.7 mm heavy gun. The T-90 Bhishma gun could also fire anti-tank guided missiles with a range of 100m – 4,000m. It could also engage low-flying air targets such as helicopters in the battle zone, at a range of up to 5km. The capabilities of the tanks under various operating conditions were regularly tested in filed firing exercises held at firing ranges. One such exercise was planned in Oct 2022 at firing range at Babina near Jhansi in Uttar Pradesh. Nb Ris Sumer Singh Bagaria's unit 55 Rrmd Regt was tasked to be part of this exercise, which commenced on 01 Oct 2022.

Nb Ris Sumer Singh Bagaria is survived by his wife Smt Suman Devi, a son and a daughter.