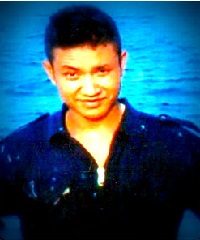 Last Rank: ME I

ME I Naruttam Deuri (21) was born in Major-chapori village in Lakhimpur district of Assam. He was eldest of two sons of marginal farmer Jyotish Deuri and Jogyeswari Deuri.

ME I Narottam was a brilliant student who was forced by  poverty to give up an engineering degree course. However he always wanted to join armed forces and  and his joy knew no bounds when he was selected as a sailor in Indian Navy. Deuri had joined the Indian Navy in 2010 and was posted in the Naval base in Mumbai.

On 14 Aug 2013, ME I Naruttam Deuri was on-board INS Sindhurakshak, the 3000-tonne Kilo class submarine, powered by a combination of diesel generators and electric batteries. On that day, the submarine at Naval dockyard in Mumbai was rocked by a series of explosions and started sinking along with 18 crew members with 3 officers and 15 sailors.