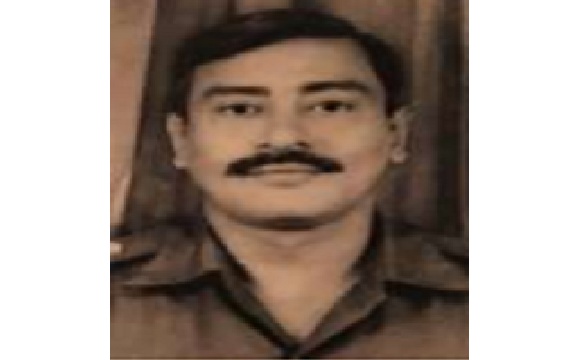 Major Uday Shankar Ghosh hailed from Bangalore and studied at St. Joseph’s High School in Bangalore.  Later he graduated from Government Arts and Science College, Bangalore. Though his father was a professor at the Indian Institute of Science, Maj Ghosh nursed the dream of joining the army right from his younger days. He joined the NCC during his student days which laid the foundation of his future military career and further strengthened his resolve to don the army uniform. Eventually, he got selected to join the Army after clearing the Services Selection Board. He was commissioned into 13 Sikh LI battalion of the Sikh Light Infantry Regiment, an infantry Regiment known for its brave soldiers and numerous battle honours in various operations.

Barely few months into service, as a 2nd Lt, he got involved in the thick of operations as his unit got deployed on the western border, when the war with Pakistan became imminent. As 2nd Lt, he saw action with his unit, in the Chachro Sector of Rajasthan.  After the 1971 war, he underwent various combat training courses such as the Young Officers course and Jungle warfare course and honed his field craft skills. His unit later got deployed at a location in  Eastern Command and he served there for some time in the troubled sectors of the North-East.

Maj US Ghosh's unit 13 Sikh LI was one of the first units to be inducted in Sri Lanka as part of IPKF. After the induction of Indian forces in Aug 1987, as part of the Indo-Sri Lanka accord signed on 29 July 1987, the militants were supposed to surrender but the dreaded LTTE backed out and unleashed a war on Indian forces. Initially, only 54 division of the Army was inducted but the escalation of the operations brought three more divisions 3, 4 and 57 into the conflict. By June 1989, Indian forces had undertaken numerous operations against LTTE but the war was far from over. During June 1989, Maj Ghosh’s unit was deployed in the Jaffna peninsula and was operating in the Puttur area.

Based on information from intelligence sources, a decision was taken to attack a suspected hideout of the LTTE militants on 26 Jun 1989. Maj Ghosh was part of the team that was tasked with that assault operation. Maj Ghosh along with his troops consequently swung into action and reached the suspected area and cordoned it off. In the ensuing operation, Maj Ghosh got severely injured by enemy fire. He later succumbed to his injuries and was martyred. Maj Ghosh was a valiant soldier and determined officer who laid down his life in the line of his duty. Maj US Ghosh was given the gallantry award, “Sena Medal”, for his commendable courage, devotion to duty and supreme sacrifice.