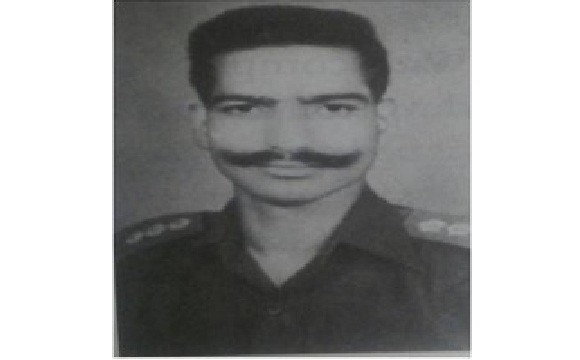 Major Surinder Vatsa hailed from Ferozepur district in Punjab and was born on 01 Jan 1942. Son of Shri S L Vatsa, he got commissioned into 59 Engr Regt of the Bengal Engineers Group (BEG) of the Corps of Engineers, one of the oldest arms of the Army manned by combat engineers. By the year 1971, he had been promoted to the rank of Major and developed into a committed soldier and fine officer who commanded respect of his juniors and seniors as well.

During Indo- Pak 1971 war Maj Surinder Vatsa’s unit 59 Engr Regt was deployed on the eastern border. The unit was providing engineering support to infantry units functioning under the operational control of 95 Mountain Brigade. As part of operational plan, 95 Mountain Brigade was tasked to advance along axis Kamalpur – Bakshiganj – Jamalpur – Tangail –
Dacca. IB was crossed on 03 December 1971 and after a brief artillery action at Bakshiganj, Pak garrison withdrew to Jamalpur. The Brigade forces resumed advance on 06 December, Brahmaputra River was crossed 8 kms West of Jamalpur and road blocks established South & South - East of Jamalpur on 7/8 December 1971.  By 10 December 1971, 95 Mountain Brigade concentrated around Jamalpur with 1 MLI in the South, 13 Guards in the South East and across the river was the Brigade HQ along with 59 Engr Regt & a battery of 120mm Mortars. It was planned to launch an attack on Jamalpur on the night of 10/11 December from the South using 1 MLI to get a foothold in the built up area & then 13 Guards to attack from South - East.

As part of the ongoing operations, on 13 Dec 1971 Maj Vatsa commanding a Company of 59 Engr Regt was accompanying a column of a battalion of 1 MLI. They were assigned the task of raiding on enemy locality on the Kamalpur- Bakshiganj axis. Having set up an ambush, the enemy force walked in and started deploying its mortars and when trapped, opened heavy retaliatory fire. Rising to the occasion, Maj Vatsa improvised a charge using anti-tank mine and charged at the enemy guns along with a section of his men. Maj Vatsa and his comrades were successful in destroying two enemy mortars. Maj Vatsa then targeted the third enemy gun and while doing so came under enemy fire. He got seriously wounded but undeterred he held on and managed to damage the remaining mortars by exploding grenades in their barrels. Eventually he succumbed to his serous injuries and was martyred. Maj Surinder Vatsa was a valiant soldier and gritty officer who led from the front and laid down his life in the line of his duty.

On 13 December 1971, Major Surinder Vatsa of an engineer regiment accompanied a column of Maratha Light Infantry assigned the task of raiding an enemy locality on the Kamalpur-Bskashiganj axis in the Eastern Sector. The raid was successful and four enemy 130mm mortars were captured. Apprehending enemy reinforcements, Major Vatsa was ordered to destroy the mortars before the raiding column returned to base. He destroyed two mortars with explosives but while preparing the charge for the third mortar he was shot by an enemy sniper. Though seriously wounded, realizing the importance of the task he held on and managed to damage the remaining mortars by exploding grenades in their barrels before he died. In this action, Major Vatsa displayed gallantry, determination and devotion to duty of a high order.