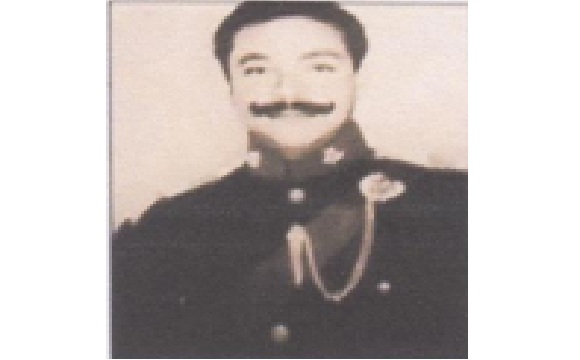 Major Sam S Doctor hailed from Pune in Maharashtra. He was commissioned into the Scinde Horse (14 Horse) of the Armoured Corps, the combat arm of the Indian Army well known for its battle tanks and other heavy weapons. After commissioning, the young 2nd Lt Doctor soon honed his soldierly skills and developed into a committed soldier. He was an extremely affable and jovial which made him quite popular among his seniors, peers and juniors as well.

By the year 1965, he had gathered substantial operational experience and had been promoted to the rank of Major. He had admirable sense of duty which inspired many young officers that served with him. This fact was amply demonstrated when he decided to join back his unit without waiting for the formal or official communication for a recall notice, on merely listening to the news on radio about the impending hostilities.

During Sep 1965, Maj SS Doctor was serving with 14 Horse under the command of Lt Col SC Raghubir. As the war clouds gathered, 14 Horse got deployed in Lahore sector as part of 15 Infantry Division under 11 Corps. After Pakistan Launched operation Grand Slan aimed at occupying the important town of Aknoor in J & K, Indian Army decided to shift the theater of war to Pakistan’s Punjab area. The intended aim was to attack from the west so that the enemy would be forced to relocate troops engaged in the Aknoor operation to defend Punjab. This move planned by 54 Infantry Brigade using 15 Dogra, 13 Punjab, C squadron of 14 Horse and 3 Jat, proved to be the turning point of the war. 3 Jat under the command of Lt Col Desmond Hayde was the first to cross the international border on 06 Sep 1965. The two companies of 3 Jat captured the hamlet of Dograi by midday in a surprise and daring attack. However, due to inadequate follow-on support and air cover, the companies had to withdraw and move back to Santpura 9 km away from Dograi.

On 10 Sep 1965, Pakistani armour initiated a probing action between the gap of 54 Inf Bde and 38 Inf Bde deployment. Maj SS Doctor was commanding "A" squadron of 14 Horse that time. After observing the menacing advance of the enemy, Maj SS Doctor decided to make an outflanking move to take on the enemy. Leading from the front Maj SS Doctor carried out an aggressive attack and managed to destroy one enemy tank. However while advancing further his tank received a direct hit of the enemy tank fire which had devastating effect. Maj SS Doctor and his tank crew got severely injured and soon succumbed to their injuries. Maj SS Doctor was a gritty soldier and fine officer, who laid down his life in the battle ground, following the highest traditions of Indian Army. Maj SS Doctor continues to live in the hearts of all Scinde Horsemen and is remembered with admiration and affection.