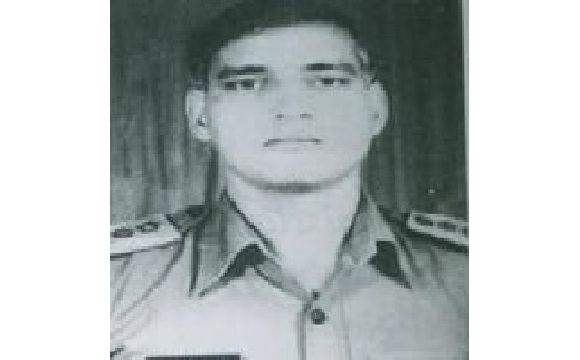 Major Ratnesh Kumar Chaturvedi hailed from Indore in Madhya Pradesh and was born on 19th April 1956. Son of Shri LN Chaube, Major Ratnesh did his schooling from Sainik School Rewa in Madhya Pradesh. While studying in the Sainik School his inclination towards the Armed Forces grew and the foundation of his future military life was laid. His resolve to join the Army grew with the age and consequently, he got selected for the prestigious NDA after finishing school.

He later went to  IMA Dehradun and was commissioned on 11th June 1977 at the age of 21 years. He got commissioned into 5 Raj Rif of the Rajputana Rifles Regiment, an infantry Regiment well known for its dauntless soldiers and numerous battle exploits. By the year 1987, he had he had put in around 10 years of service and had been promoted to the rank of a Major.

After the induction of Indian forces in Aug 1987 in Sri Lanka, as part of Indo-Sri Lankan accord, the militants were supposed to surrender but the dreaded LTTE backed out and unleashed war on Indian forces. The IPKF launched its first operation on 9 October 1987 after formulating a multi-pronged strategy to take on LTTE. Code-named Operation Op Pawan, it was expected to neutralize LTTE operational capability in and around Jaffna. This included the capture or neutralization of the LTTE’s chain of command, which was expected to leave the rebel movement directionless in the face of the impending assault on the LTTE strongholds by the IPKF. Maj Ratnesh Kumar Chaturvedi’s unit 5 Raj Rif was inducted into Sri Lanka as part of IPKF and got involved in the operations right after its induction.

As part of ongoing operations, on 18th Oct 1987, 5 Raj Rif was tasked to link up with 1 Martha light Infantry in Jaffna Fort. Maj Ratnesh was assigned the task of leading this operation along with his troops. When the force reached the final stages, the militants opened up heavy machine guns and light machine guns. Maj Ratnesh and his men took position and returned fire. However the militants were large in numbers and putting up a stiff defence. The time was running out and ammunition running low. Therefore Maj Ratnesh decided to personally lead his company’s assault at the militants gun position. While doing so, he was hit on his chest.

Despite being wounded severely, Maj Ratnesh continued moving towards the militants heavy machine gun and kept on encouraging his men to rush to the militants location. Facing a daredevil attack, the militants ran for their life vacating the post. The company kept firing, killing six, and two of them were killed by Maj Ratnesh. Though seriously injured, Maj Ratnesh refused to be evacuated. Later owing to excessive loss of blood, he lost consciousness eventually succumbed to his injuries. Maj Ratnesh Kumar Chaturvedi was a committed soldier and gritty office who led from the front and laid down his life at the age of 31 years in the line of his duty.

On 18th October, 1987, 5 Rajputana Rifles was tasked to link up with 1 Martha light Infantry in Jaffna Fort. When the force reached the final stages of link up, the militants opened up heavy machine guns and light machine guns halting the advance. The company leading the advance took position and returned fire. There was no let up in militants fire. The time was running out and ammunition running low. Therefore Major Chaturvedi personally led his company’s assault at the militants gun position. While charging, he got a burst on his chest.

Unmindful of the bleeding and his personal safety, Major Chaturvedi continued moving towards the militants heavy machine gun and kept on coaxing his men to rush to the militants location. The militants ran for their life vacating the post. The company kept firing at the fleeing militants, killing six, two of them by Major Chaturvedi. Despite severe injuries, he refused to be evacuated. However, due to serious nature of injuries and loss of blood, he loss consciousness and succumbed to his injuries. The companies ultimately completed task of link up with 1 Maratha Light Infantry in time.