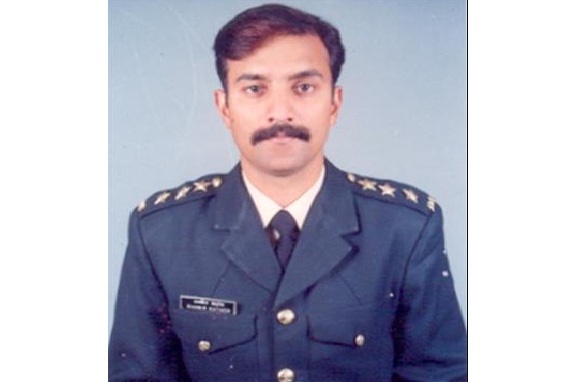 Major Ranbir Katoch was born on 26 Jun 1970, Son of an army veteran PC Katoch, after completing his education he was commissioned into 109 Light Air Defence Regiment (Self Propelled) of the Corps of Air Defence Artillery(later named Army Air Defence) in Dec 1993. A second generation officer, he followed in the footsteps of his father (whom he never saw) and as the years rolled by, transformed into a committed soldier. In his brief career, he earned the praise of his superiors and juniors as well for his bravery, initiative and leadership qualities. After serving for few years with his parent unit, he was deputed to serve with 7 RR battalion in Dec 1998, which was deployed in J&K for counter-insurgency operations.

During Aug 1999, Maj Ranbir Katoch‘s unit was deployed in the Anantnag district of J&K close to the Line of Control(LOC). The unit troops were engaged in counter-insurgency operations on a regular basis as its AOR (Area of Operation) was affected by active militancy. Though the Kargil war had ended by then, the LOC remained highly active and volatile with ceasefire violations occurring very often and without any warning. On 21 Aug 1999, the security forces received credible information from the intelligence sources about the presence of terrorists in Sunglan village of Anantnag district. Based on the intelligence inputs Maj Ranbir Katoch‘s unit decided to launch a search and destroy operation in the suspected area.

On 21 Aug 1999, as planned the assault team led by Maj Ranbir Katoch reached Sunglan village in the Anantnag district. After reaching the suspected area Maj Ranbir Katoch directed his troops to cordon it off. As the search and cordon operation was underway, Maj Katoch and his troops were fired open from a militant hideout located in the thick forest along the higher reaches. Maj Katoch, one JCO and his radio operator got injured in the shootout. But undeterred, displaying utter disregard to his personal safety, Maj Katoch stormed the militant hideout and eliminated two militants on the spot. However while executing this daring task Maj Katoch succumbed to his injuries and was martyred. Maj Katoch was a valiant soldier and a fine officer who led from the front and laid down his life in the service of the nation, following the highest traditions of the Indian Army.

Maj Ranbir Katoch was given the gallantry award, “Sena Medal” on 26 Jan 2000 for his exceptional courage, leadership and supreme sacrifice.