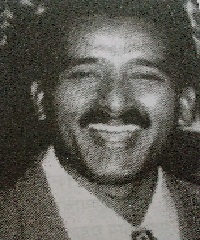 Regiment : The Regt of Artillery

Major Rajesh Nair hailed from Maharashtra and was born on 22nd November 1970. He graduated in Chemistry from Mumbai University and followed his dream of joining the army. After clearing the Combined Defence Services Examination, he joined the prestigious IMA and was commissioned into the Regiment of Artillery. Later in his service career, Major Rajesh Nair was deputed to 4 Rashtriya Rifles unit deployed in J & K.

Maj Rajesh Nair was part of the assault team that was assigned to undertake the operation. Soon the team spotted the terrorists , who fired at the them on being challenged. A fierce gun battle ensued with heavy exchange of fire. During the battle Maj Rajesh Nair got hit by the bullets and was seriously injured. However when Maj Rajesh Nair saw one of his comrades Maj Johnson Lobo in the direct line of fire, he pulled him to safety despite himself being critically wounded.

Maj Rajesh Nair later succumbed to his injuries and was martyred but his courage motivated his troops to counterattack with double vigour and complete the assigned mission successfully. Maj Rajesh Nair was given the gallantry award “Sena Medal” for his valiant action, unyielding fighting spirit and supreme sacrifice.