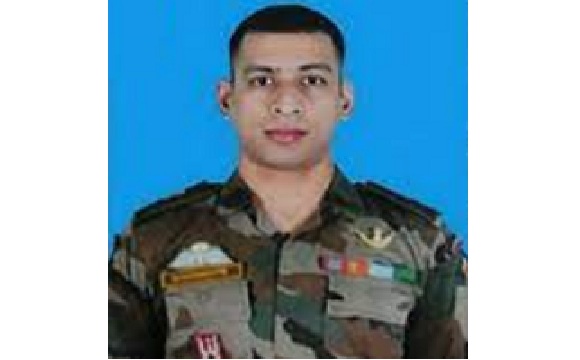 Major Raghunath Ahlawat hailed from Dwarka in New Delhi. Son of an army veteran Brigadier D S Ahlawat and Smt Dhara Ahlawat, he always wished to follow in the footsteps of his father and don military uniform. His father Brig D S Ahlawat blonged to the Jat Regiment of Indian Army and retired after serving for over three decades. Though Maj Raghunath became a law graduate, he continued to follow his passion and eventually got selected to join the Army. He was passed out of the training academy as an officer in the year 2012 at the age of 24 years.

He was commissioned into the Parachute Regiment, an elite infantry Regiment well known for its daredevil para commandos and numerous bold operations. Later he got trained as a commando and joined 3 Para (SF) battalion, which is specially trained for the desert warfare.  By the year 2022, Maj Raghunath Ahlawat had put in over 10 years of service and had evolved into a tough and disciplined officer, who commanded respect of his seniors and juniors as well.

During 2022, Maj Raghunath Ahlawat was serving with 3 Para (SF), deployed in J&K and was engaged in counter-insurgency operations on a regular basis.  As Maj Raghunath and his troops were trained commandos, they were invariable tasked for operations with entailed very challenging operational situations. Based on the reliable intelligence reports about an infiltration attempt in Uri sector of Baramulla district, an operation was planned to foil the attempt and neutralize the terrorists. Maj Raghunath was tasked to lead the operation along with his team of commandos. He immediately swung into action and decided to first lead a team to recce the route for planning the operation.

The recce route passed through inaccessible area coupled with hostile terrain and weather conditions. However Maj Raghunath on 05 May 2022 set off along with his troops to carry out the reconnaissance of the route. With an  aim to identify a safe approach for the team he proceeded on a route through a steep cliff.  Unfortunately as Maj Raghunath was negotiating the route, he slipped and lost balance owing to bad weather and slippery conditions. He fell into a 60 meters deep ravine and got critically injured.  However he succumbed to his injuries en route while being evacuated to the nearest Army Hospital. Maj Raghunath Ahlawat was a brave and committed soldier, who laid down his life at the age of 34 years in the line of his duty, living up to the highest traditions of the Indian Army.