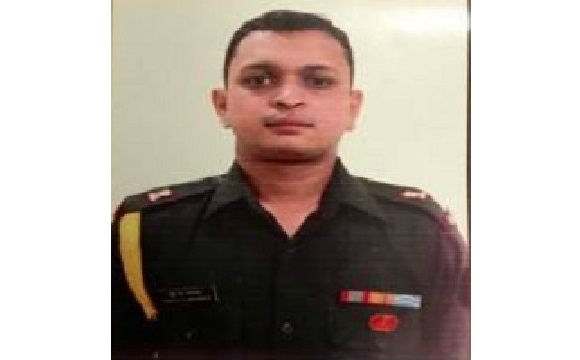 Major Praful Moharkar hailed from Junona village in Paoni Tehsil and was born to Sri Ambadas Moharkar and Smt Sudha Moharkar. Maj Praful Moharkar completed his primary education at Manora village in Paoni Tehsil and high school education from Vainangaga  School, in Paoni and Somalwar High School in Nagpur. He got admission in Engineering college in Nagpur but as he was determined to serve the army, he decided to discontinue his studies in the college and joined the engineering course offered by the Army through Technical Entry Scheme (TES) at CME Pune.

In 2007, he was commissioned into the Sikh Regiment, a Regiment known for its fearless soldiers and numerous battle exploits. Maj Praful got married to Ms Aboli on 24th Dec 2013 while serving with his unit at Samba in J & K. After completing his tenure at Samba he could have opted for a posting to a peace location but instead he chose to go with his men for another field posting in J & K. On 24 Dec 2017, Maj Praful was to celebrate his fourth wedding anniversary, but the destiny had something else in store for him.

During 2017, Major Praful’s unit was deployed along the LOC in Keri sector in Rajouri district of J & K and he was Officer Commanding of Vir Badreshwar Post. The LOC in that sector was very volatile and active, where the enemy often resorted to unprovoked firing. It was monitored and guarded by the security forces by employing armed patrols on a continuous basis. On 23 December 2017, around noon time, the Pakistani forces indulged in ceasefire violation and resorted to unprovoked firing.

During that time an armed patrol of the Sikh Regiment led by Maj Praful was on a regular patrol of the area. At around 1215 hours Pakistani troops who were hiding at Brat Galla in Keri sector targeted the army patrol team. The heavy firing was accompanied by the artillery fire from across the border indicating that it was a pre-planned dastardly attack. The patrol team leader Maj Praful Moharkar and three of his troops Lance Naik Gurmail Singh, Lance Naik Kuldeep Singh and Sep Pargat Singh took direct hits and got seriously wounded. They later succumbed to their injuries and were martyred. Major Praful Moharkar was a valiant soldier and committed officer, who led from the front and laid down his life in the service of the nation.

“Though My Son Has Been Martyred, I Am Proud Of His Supreme Sacrifice. He Was A Brilliant Student Since Childhood And Was Very Eager To Serve The Country. He Would Invariable Say That He Would Love To Die For The Country, I Still Remember His Words,” Said Sudha Moharkar, Mother Of Maj Praful Moharkar.