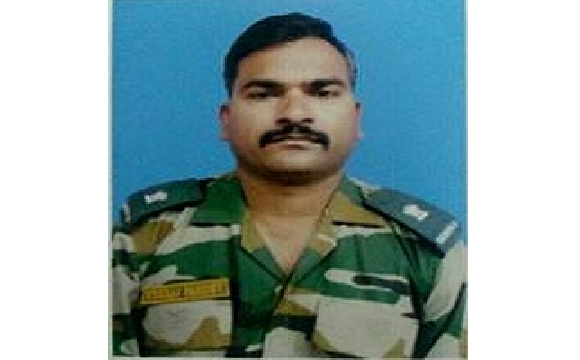 Place of birth : Gorakhpur, , UP

Major Neeraj Pandey hailed from Gorakhpur in Uttar Pradesh. Son of Shri Ravindra Nath Pandey and Smt Saroj Pandey, Maj Neeraj was keen to join the Armed Forces right from his younger days. He followed his dream and joined the Army on 7th June 2008. He was commissioned into the Corps of Signals, an important arm of the Indian Army that handles its military communications. The Corps has the responsibility of providing reliable and responsive communications to the Army under harsh terrain and tough battlefield conditions in consonance with its motto, “Teevra Chaukas” meaning “Swift and Secure”.

By 2016, Maj Neeraj had put in around 8 years of service and had worked in various operational areas including the conflict zones. He had developed into a committed soldier and professionally competent officer who commanded the respect of his seniors and men under him as well. After serving for few years with various units he was deputed to serve with the Assam Rifles deployed in the North East for counter-insurgency operations. Maj Neeraj Pandey got married to Ms Sushmita and the couple had a son Rudransh in July 2013.

During 2016, Maj Neeraj Pandey was serving with the unit of Assam Rifles deployed in Arunachal Pradesh on the Indo-China border. The militancy-affected areas of the state fell in the area of responsibility of Maj Neeraj’s unit and thus the unit personnel had to maintain a high state of alert at all times. On 17 Mar 2016, Maj Neeraj was assigned an operational task and consequently had to move along with his men in a convoy to the stipulated location. However, when his convoy reached Cipra, in Arunachal Pradesh it was hit by a landslide.

Maj Neeraj got badly injured and later succumbed to his injuries. Maj Neeraj was a dedicated soldier and a fine officer who laid down his life in the service of the nation at the age of 32 years. His brave wife Smt Sushmita followed into the footsteps of her husband and joined the Army in the year 2018 in the Corps of Signals, the same corps her husband had served. Maj Neeraj Pandey is survived by his father Shri Ravindra Nath Pandey, mother Smt Saroj Pandey, wife Smt Sushmita, (now serving as an officer in the Indian Army), son Rudransh, sister Mamta and brother Deepak.

Life looked heavenly for Sushmita, who came from a middle-class Brahmin family from Gorakhpur in UP , when she got married to Maj Neeraj Pandey in 2010.  Soon after the marriage, the couple moved to Srinagar as he was posted there.  A school teacher by profession, she soon adapted to the Army life and felt proud to be a member of the large Army family.  Later, he was transferred to Alwar, in Rajasthan, where their son, Rudransh, was born in 2013.  The arrival of Rudransh brought added happiness in their lives. But on 16 Mar 2016, destiny played a cruel joke with her, when she lost her husband in a tragic accident, while he was undertaking an operational task in Arunachal Pradesh.  The world came crashing down for her and the life suddenly looked meaningless to her. She was distraught, angry and terribly worried about her future and that of her son.

But she was a woman of strong will and determination. She took the tragedy in her stride and decided to take life head on. She decided to join the Army like her husband and started preparing for SSB.  With her outstanding perseverance and encouraged by his family, she cleared the Service Selection Board (SSB) interview in 2016, barely six months after her husband’s death. In 2017, she joined the Officers Training Academy (OTA), Chennai. During the training at OTA, she excelled in all aspects of training and won praise from all quarters for her commitment and grit.

At OTA, she was competing with the cadets much younger to her in age, but that did not deter her and she did very well in every aspect of training. She was an athlete in school, but she had put on weight after delivery. During her training days, she shed almost 20kg and performed at par with other cadets in all training exercises. The period was also emotionally draining for her, as she could barely speak to Rudransh, but she had resolved to win over all challenges and trauma. Eventually she passed out in 2018 from OTA and was commissioned as a Lieutenant. For the newly commissioned  Lt Sushmita Pandey, it was no small feat by any stretch of imagination. The story of now, Capt Sushmita Pandey, embodies courage, struggle and hope and certainly is inspirational for countless young women of India.