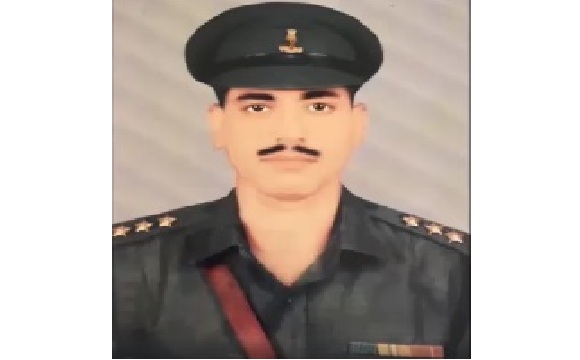 Major Narain Singh was born on 19th  August, 1936 in Krimachi-Mansar village, in Udhampur district of J&K. Son of an army veteran Kartar Singh and Smt  Dhan Devi, he was the eldest son of the family and was lovingly called Kaku. He completed his primary education from Krimachi, middle school from Udhampur and joined Army Boys Company from where began his career in Army. His leadership qualities and hard work caught the eye of the  senior officers of Army resulting in his getting commissioned into the Army.

He was commissioned on 30th  June, 1963 into 4 Jat battalion of the Jat Regiment, an infantry Regiment well known for its intrepid soldiers. During the 1965 Indo-Pak war he was sent on deputation to Assam Rifles and was posted in North-East. After serving for a few years he got married to Ms Urmila Bhatiyal, a daughter of another Army family on 09 Feb 1966. The couple was blessed with a son Narinder in 1968.

During 1971, Major Narain Singh's unit 4 Jat got deployed on the western border in Punjab. As war broke out with Pakistan on the 3rd of December, 1971, the Pakistani army entered some 7 kilometers deep into Indian territory through the Sulemanki border, overcoming the resistance put up by our troops in the village of Beriwala, Gurmi Khera and Pakka, near Fazilka town of Punjab. In order to stop the advance of the enemy, Indian Army launched the counter offensive with with 4 Jat along with 15 Rajput and 3 Assam battalions. 6 Frontier Force of Pak army, was tasked to capture a bridge on the ditch-cum-bund(DCB) near the Indian town of Fazilka which they managed to do on December 3-4 by over running BSF positions on the border. The attack on Beriwala was a crucial Pakistani move on the western front in early December to divert Indian resources from the east where General Niazi’s men were facing a rout.

Major Narain Singh, a  company commander  of 4 Jat was chosen to launch a counter attack a day later and recapture the key bridge which could be used by the Pakistani Army for a strong armor attack. When the counter-attack was launched, the enemy brought down intense artillery and small arms fire inflicting heavy casualties on our troops. Undeterred Major Narain Singh led his men and charged on to the objective. During this process, he was hit by a burst from a machine gun but he continued to direct the operation. Eventually he engaged the enemy in hand to hand fighting during which he was mortally wounded. Major Narain Singh was a brave soldier and gritty officer, who led from the front and laid down his life in the line of his duty. Major Narain Singh was given the gallantry award, "Vir Chakra" for his outstanding courage, leadership and supreme sacrifice.

The citation for Vir Chakra awarded to him reads:

On the 5th December 1971, Major Narain Singh, who was commanding a company of Battalion of the Jat Regiment was assigned the task of capturing an enemy locality in an area in the Fazilka sector. When the counter-attack was launched, the enemy brought down intense artillery and small arms fire inflicting heavy casualties on our troops. Undeterred Major Narain Singh led his men and charged on to the objective. In the process, he was hit by a burst from a machine gun but, he continued to direct the operation and engaged the enemy in hand to hand fighting during which he was mortally wounded.

In this action, Major Narain Singh displayed gallantry leadership and determination of a high order.