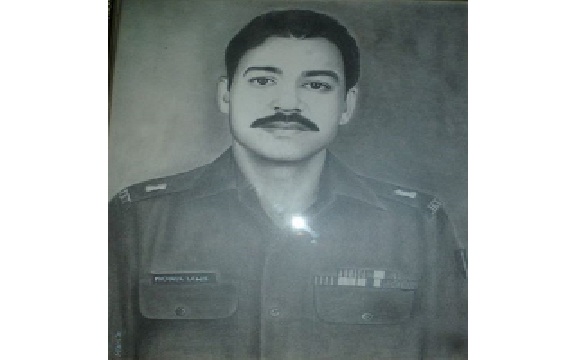 Major Michael Lewis was commissioned into 12 Jat Battalion of the famed Jat Regiment, a regiment known for its fearless soldiers and numerous battle exploits. Since it’s raising on 06 February 1970, the Battalion had the honour of participating in all the major  operations including 1971 Indo- Pak war and Operation Meghdoot.  By the year 1988, he had served in various challenging operational areas and had been promoted to the rank of Major.

During Sep 1988, Major Michael Lewis's unit 12 Jat was deployed in Sri Lanka as part of IPKF. After the induction of Indian forces in Aug 1987, the militants were supposed to surrender but the dreaded LTTE backed out and unleashed war on Indian forces. Initially only 54 division of the Army was inducted but the escalation of the operations brought three more divisions 3, 4 and 57 into the conflict. By Aug 1988, Indian forces had undertaken numerous operations against LTTE but the war was far from over. Major Michael Lewis’s unit, 12 Jat, under the command of Col Baljit Gill was tasked for one such operation on 13 Sep 1988. Based on credible intelligence reports a decision was taken to launch an operation to attack a militant hideout, located in Puliyankulam area falling in the AOR (Area of Responsibility) of 12 Jat.

While Major Michael Lewis and Capt Pramod Jolley along with their comrades were moving towards the given objective they came under fire of small arms and rockets. Major Michael Lewis along with his soldiers swung into action immediately and returned the fire. However, assessing that the strength and position of the militants was formidable, he quickly redeployed his troops to encircle the militants who had ambushed them. However the LTTE cadres were heavily armed and were firing from vantage points in a pre-planned move. In the ensuing gun battle Major Michael Lewis received multiple gunshots and was martyred. A total of 17 soldiers of 12 Jat battalion made the supreme sacrifice in that fierce battle. Besides Major Michael Lewis, the other 16 fallen soldiers included Capt Pramod Jolley, Hav Prabhudayal, Hav Dalip Singh, Nk Bhoop Singh, Nk Mohinder Singh, Nk Babu Singh, Nk RN Mishra, L/Nk Phool Singh, Sep Sube Singh, Sep Satyawan Singh, Sep Ram Singh, Sep Netha Singh, Sep Babu Lal, Sep Daljit Kumar, Sep Ramesh Kumar and Sep Kapoor Singh. Major Michael Lewis was a valiant soldier and gritty officer who led from the front and laid down his life in the line of his duty.