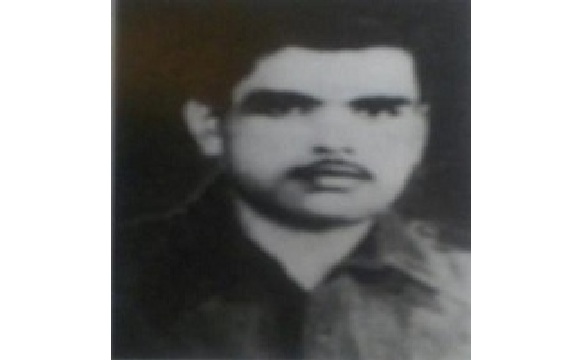 Major Mahander Singh Chaudhary hailed from Dubaldhan Majra village in Rohtak division of Jhajjar district in Haryana and was born on 7th May 1930. His father Chaudhary Partap Singh was a PCS officer in joint Punjab and his mother Smt Sahib Kaur, was a homemaker. He lost his father at the age of seven and was brought up by his maternal uncle Major Ameer Singh, a former minister of Haryana.

After completing his education at Punjab University, Major Chaudhary joined the Army in the year 1956 and was commissioned into 9 Punjab of the famed Punjab Regiment, a regiment known for its fearless soldiers and numerous battle honours.  After serving for sometime, he got married in the year 1959, to Ms Shankutla, daughter of an Army officer Col LC Khajla from Rohtak. Later in the year 1961,  as years of negotiation did not yield any result, the Indian government decided to deploy the armed forces in an effort to evict the Portuguese out of Goa and other Enclaves. Consequently "Op Vijay" was launched in Dec 1961 and Major Chaudhary became a part of that operation. By 1962, he had served for nearly six years with his unit in different field locations and had developed into a tough soldier and fine officer with commendable leadership skills.

During the Indo-China of 1962, his unit 9 Panjab was deployed on the Eastern front in the NEFA sector. On 9th October 1962, Major Chaudhary was ordered to establish a post with two platoons at Sinjang, north of the log bridge in the NEFA Sector. On 10th October his post was attacked by a large Chinese force of more than battalion strength. This attack was sudden and Maj Choudhary and his troops did not have sufficient time to dig in and prepare defenses to fortify their positions. But Major Chaudhary took stock of the situation and motivated his men to repulse the attack in a coordinated manner.

His troops had only light arms and did not have sufficient ammunition, yet they managed to keep the enemy at bay for more than 9 hours. On being ordered, he successfully withdrew his men south of the log bridge. Although wounded, Major Chaudhary refused to be evacuated and continued to lead his men in the subsequent operation on the 20th of October. In this action, he was able to inflict more than 100 casualties on the enemy and was later martyred on 21 Oct 1962.  Major Mahander Singh Chaudhary was a brave soldier and committed officer, who led from the front and laid down his life in the service of the nation. He was given the nation’s second-highest gallantry award, “Maha Vir Chakra” for his undaunted courage, leadership, indomitable spirit and supreme sacrifice. The gallantry award was received by his wife Smt Shakuntla Devi on 26 Jan 1963 from the then President Dr Sarvepalli Radhakrishnan.

Major Mahander Singh Chaudhary is survived by his wife Smt Shakuntla Devi, a son and a daughter.

On 9 October 1962, Major M S Chaudhary was ordered to establish, with two platoons, a post at Singjang, north of the log bridge in NEFA. On 10 October, this post was assaulted by a large Chinese force of about battalion strength. Although Major Chaudhary’s post had not had sufficient time to dig in and coordinate the defenses, he stood there with the small arms and ammunition at his disposal and kept the enemy at bay for more than nine hours, after which time he was ordered to withdraw south of the log bridge which he did successfully. Although he was wounded, he refused to be evacuated and continued to be a source of great inspiration to his men throughout this and the subsequent operation of 20 October. In the latter battle, he inflicted some 100 casualties on the enemy.