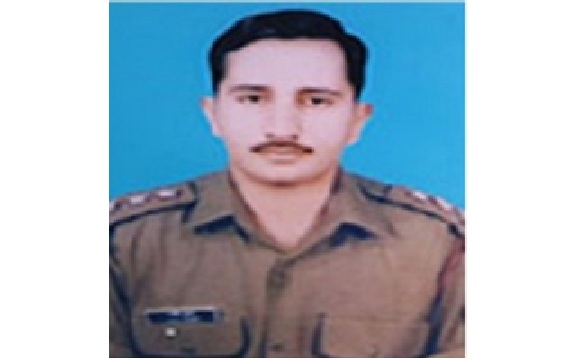 Major Lalit Kumar hailed from Karnal district of Haryana and was born on 27th Sep 1975. Maj Lalit Kumar did his schooling from Sainik School Kunjpura in Karnal district of Haryana.  While studying in the Sainik School his inclination towards the Armed Forces grew and the foundation of his future military life was laid. His resolve to join the Army grew with the age and consequently, he got selected to join the Army after clearing the Combined Defence Services Examination. He stepped into one of the finest training academies of the Armed Forces, OTA(Officers' Training Academy) at Chennai in Nov 1998.  He passed out of OTA Chennai and was commissioned as a Lieutenant on 04 Sep 1999 at the age of 23 years. He got commissioned into 19 Mahar of the Mahar Regiment, an infantry Regiment well known for its dauntless soldiers and numerous battle exploits.

As a young Lieutenant, he got posted to J&K as his first assignment. He soon evolved into a committed soldier and a fine officer with superior field-craft skills. His unit was deployed on the line of control in Pallanwala sector in Akhnoor (Jammu). He soon got an opportunity to participate in active operations, as his unit became a part of  "Operation Vijay".  He then moved to Ranchi and thereafter underwent many military training courses viz.  Young Officer's Course, Officers' transport Management Course, Commando Course in Belgaum etc. Subsequently in the year 2002, he participated in 'Operation Parakram' as the Second-in-Command of a Company. He then moved with his unit for a High Altitude tenure in Sikkim.

Later on 23 April 2003, he was deputed to serve with the 1 Rashtriya Rifles (Mahar) deployed in J&K for counter-insurgency operations.  He was made the company Commander of a Rifle Company on 12 Aug 2004. During this tenure, he participated in a number of counter-insurgency and counter-infiltration operations and proved his mettle on various occasions. Some of the significant operations undertaken by Maj Lalit Kumar included:

Operation Hefkhur:- On 9/10 June 2003, only after one month of joining his unit, Maj Lalit Kumar conducted a very successful operation in Hefkhur village in Pulwama district. Maj Lalit Kumar was detailed to bring the designated stores column and the support group to the operational site in a time critical operation. He successfully did that which resulted in the killing of nine dreaded terrorists of Hizbul Mujahideen and Lashkar-e-Taibba.

Operational Nagbal:- On 19 Jul 2004, the Maj Lalit Kumar led a joint operation with another column and cordoned off the Nagbal village under Kreeri taluk in Baramula district of Jammu & Kashmir.  After meticulous planning, he then concentrated on the road passing through the village and established a mobile vehicle check post. After a while the troops saw a Tata Sumo Vehicle halt at a distance seeing them.  In a quick action led by Maj Lalit Kumar, the troops confiscated the vehicle and recovered huge quantity of arms and ammunition including a Rifle AK-56.

Operation Sugan:-  On 02 Aug 2004, Maj Lalit Kumar led yet another daring operation and apprehended a dreaded terrorist in Sugan village located in Shopian district of Jammu & Kashmir. The terrorists had allegiance to the Harkut-ul-Mujahideen terrorist organization.

Operation Kral Chak:- Maj Lalit Kumar with his understanding of the terrorist modus operandi and their movement pattern, in consultation with the Commanding Officer, planned and launched a joint operation along with another Rifle Company on 08 Nov 2004 in Kral Chak village in Shopian district of J&K. During the search, two terrorist were located inside a house resulting in an intense firefight. Maj Lalit Kumar displaying commendable raw courage deployed his troops tactically and managed to eliminate the two terrorists of Hizbul Mujahideen.

During Dec 2004, Maj Lalit Kumar’s unit 1 RR battalion  was deployed in Pulwama district of Jammu and Kashmir.  As the area of his unit’s operation was very volatile and prone to infiltration by militants, the unit had to maintain a strict vigil at all times and deployed armed patrols with regular frequency. Maj Lalit Kumar had taken part in a number of operations in his stint of nearly one and half years years with the battalion. On 04 Dec 2004, the security forces had received information from the intelligence sources about the presence of some hardcore militants in Rakh Moman Dangit Pora village located in Bijbehara tehsil of Anantnag district. It was situated 7km away from sub-district headquarter Bijbehara (tehsildar office) and 9km away from district headquarter Anantnag.  Consequently an operation was launched under the leadership of Maj Lalit Kumar in the suspected area.

After the operation, Maj Lalit Kumar and his troops were tasked to move to Khanabal, a small town located in Anantnag district. As Maj Lalit Kumar and his troops were returning to their base after de-inducting, in a hired vehicle, the militants detonated the improvised explosive device (IED) at Naina-Batapora, around 40 km from Srinagar. The IED, weighing nearly 80 kg, was fitted in a pipe supplying water to the area. The blast had a devastating effect and the deafening noise could be heard nearly two kms away from the site. The blast created a 10-feet crater, making it impossible for vehicular traffic to ply on the road, which connected Anantnag and Pulwama districts. The vehicle was totally damaged, grievously injuring Maj Lalit Kumar and 10 other soldiers. They were evacuated to the nearby Base Hospital at Srinagar. But Major Lalit Kumar and eight other personnel later succumbed to their injuries and were martyred. Maj Lalit Kumar was a valiant soldier and a fine officer who led his men to from the front like a good military leader. Maj Lalit Kumar was posthumously awarded “Sena Medal” for his conspicuous bravery, unyielding fighting spirit and supreme sacrifice.

Award of Chief of the Army Staff Commendation Card:

To commemorate the diamond jubilee celebrations of the MAHAR Regiment, Major Lalit Kumar led the Trans Himalayan Motorcycle Expedition team on behalf of the Regiment over a very long, challenging and strenuous route in September-October 2002. The event displayed his maturity, meticulous planning dare delivery, courage and camaraderie. For this singular distinction, the officer was awarded 'Chief of the Army Staff Commendation Card' on 26 Jan 2003.