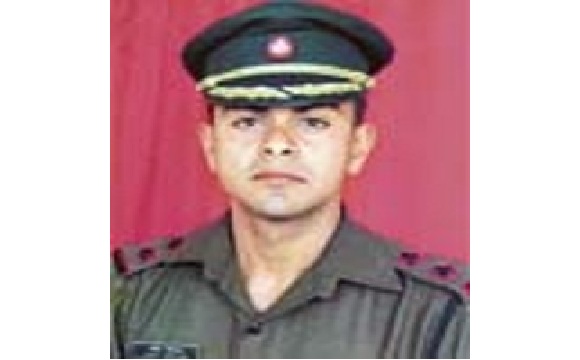 Major Kapil Vinayak hailed from Pune district of Maharashtra and was born on 26th October 1974. He went to City Montessori School, Anand Nagar, Lucknow during the early years of his education. Later his family moved to Jalandhar in Punjab where he finished his schooling from St. Joseph's Convent School, Jalandhar. He had a strong inclination to serve in the Armed Forces since his younger days and continued to work towards it while growing up. Eventually he got selected to join the Army and was commissioned as an officer in the year 1997 at the age of 21 years.

He was commissioned in the Army Service Corps (ASC), the logistic supply arm of the Indian Army.  In the year 1999, he served at Siachen Glacier and took part in operations as part of Kargil war. By the year 2005, he had completed nearly eight years of service and had been promoted to the rank of Major.

During July 2005, Maj Kapil Vinayak's unit, 5131 ASC Battalion was deployed in Srinagar, J&K. As a number of militants were active in their AOR(Area of Operation), Maj Kapil Vinayak and his troops had to maintain a state of high alert at all times. As 5131 ASC Bn was providing logistic support to a number of units located in varous forward areas, Maj Kapil and his troops had to frequently move by road to meet their operational commitments. The movement of troops was invariably in a convoy owing to the prevailing security threat. On 20 Jul 2005, Maj Kapil Vinayak was leading one such convoy and was on his way to an operational area.

However at about 9:30 a.m. on 20 July 2005, when Maj Kapil Vinayak's convoy reached near the Christian Missionary Burn Hall School around one km from the central Lal Chowk in Srinagar, the militants in a pre-planned move attacked the convoy by an IED blast. The blast was very powerful and devastating, causing extensive damage. Maj Kapil Vinayak and two other soldiers got seriously injured in the blast. The troops immediately launched the counter operation to sanitize the area and made arrangements to shift the injured soldiers to the Military hospital. However, Maj Kapil Vinayak and two of his comrades Naik Ram Krishen and Sep SC Dubey later succumbed to their injuries and were martyred. Maj Kapil Vinayak was a brave and committed soldier, who laid down his life at the age of 30 years in the line of his duty.