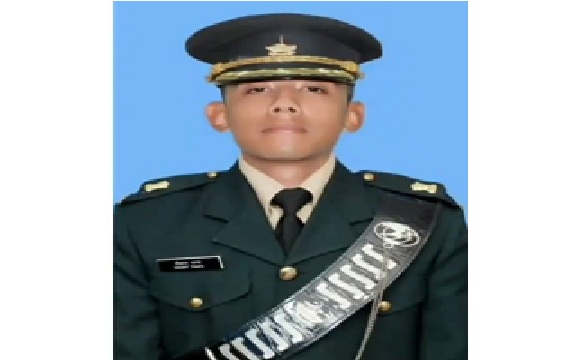 Major Dixant Thapa hailed was born on 10th October 1994 in the Army Hospital at Yol Cantonment in Kangra district of Himachal Pradesh. Son of an army veteran Deepak Thapa(Retired JCO) and Smt Dimpi Thapa, he had Nishant as his sibling, who was nearly five and half years younger to him.  He grew up in various Army Cantonments, wherever his father got posted and studied from schools at Gwalior, Jammu and Pathankot. Coming from an Army family, Major Dixant had the inclination to serve in the Armed Forces since his younger days. Besides academics, Maj Dixant had an innate interest in writing poems, singing songs and playing musical instruments. A keen music lover, he was a die hard fan of 'Green Day' American rock band and Indian Hindi rock band 'The Local Train'.  A man of many parts, Maj Dixant was also a great athlete too and excelled in many competitions. Maj Dixant was a noble soul, who was always keen to help his fellow friends at school.

With his perseverance and dedication, he earned first place in his class -XII examination. Thereafter he successfully cracked the (JEE) Joint Entrance Examination and got admitted to the prestigious Chandigarh Group of Colleges, Landran.  During his eighth semester in the month of August, he got selected for the technical entry scheme in the Indian Army.  After completing his B. Tech from CGC College of Engineering in Mohali he joined the Indian Military Academy (IMA) in Dehradun. Eventually, his dream came true on 10th June 2017, when he was commissioned in to 6 Mech Inf battalion of the Mechanized Infantry, an infantry Regiment well known for its gallant soldiers and various battle honours.

During August 2020, Maj Dixant Thapa’s unit 6 Mech Inf Regt was deployed in eastern Ladakh close to the Line of Actual Control(LAC). Since early June the tension along the LAC was building up due to construction work in Galwan valley close to the road going from Leh to Daulat Beg Oldie. The Chinese had a serious objection to the construction of a bridge across the Galwan river into the Aksai Chin area. The area held strategic importance to India as well as China as it dominated the road from Leh to Daulat Beg Oldie an airstrip of great military significance to India. There had been many rounds of talks between senior military officials from both sides to diffuse the tensions. On 15 June 2020 night, hectic Chinese activities were noticed across the bridge in Galwan valley and the Indian Army decided to take up the matter with Chinese forces to ask them to respect the LAC and adhere to the position as agreed earlier during the talks. However, an altercation during the discussion raised the tempers leading to a scuffle. Soon the scuffle turned into a violent clash with the Chinese soldiers in which 20 Indian soldiers were martyred. Following this incident the Indian army units were put on high alert,  including the unit of Major Dixant Thapa.

On 30th August 2020, Major Dixant Thapa was made responsible for swift induction of Infantry Combat Vehicles (ICV) in an operational area at night in Karu in Ladakh, about 160 km from the Galwan Valley. As the operation was underway, Major Dixant Thapa observed an infantry combat vehicle in a precarious position and rushed to the site. He immediately swung into action and prevented the possible loss of men and material. However as he was engrossed in the action, a civil truck crashed on the site injuring Major Dixant Thapa severely. He soon succumbed to his injuries and was martyred. Maj Dixant Thapa was a valiant soldier and a fine officer, who led from the front and laid down his life in the service of the nation, before he could even turn 26.