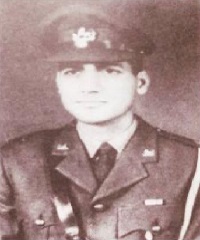 Major Baldev Raj Bhola was born on 31st May 1944 in Karachi now in Pakistan. Son of Shri KL Bhola, Maj Baldev Raj joined the army at the age of 21 years on 24th April 1966.  He was commissioned into the 13 Dogra Regiment, an infantry regiment with a glorious history of valour and battle honours. By the year 1971, he had put in around 15 years of service and had been promoted to the rank of Major. By that time, he had gathered substantial field experience and developed into a committed officer, commanding respect of his juniors and seniors as well.

During Indo- Pak 1971 war Maj Baldev Raj Bhola’s unit 13 Dogra was deployed in the Eastern Sector. The unit was deployed in Khulana sector under the operational control of 19 Infantry Division. In second week of Dec 1971, following reverses in various sectors, the Pakistani 19 Inf Div carried out a tactical withdrawal from Jessore and fell back to the sound defence of Siramani. Three attempts by three different battalions were made to capture Siramani, but despite suffering many casualties, they failed to capture the objective. Thereafter, the General Officer Commanding of 19 Inf Div tasked 13 Dogra to carry out a daylight attack to capture Siramani. The entire divisional artillery had been tasked to support the attack.

As per the operational plan, Alpha Company was to attack from the left and Charlie Company from the right with Bravo and Delta companies being held reserves. Maj Baldev Raj Bhola was commanding Bravo company and was to provide support to the assaulting companies as required. The attack was launched on 16 Dec 1971 as planned in day light. As the battle progressed, the reserve Bravo company was also called upon to give support the assaulting companies. Maj Baldev Raj Bhola's company was ordered to assault a well fortified enemy position to facilitate the capture of Siramani.

During the attack Maj Bhola and his soldiers came under heavy and effective fire of enemy artillery and heavy machine gun. Under the inspiring leadership of Maj Bhola the company continued advancing against heavy odds. Maj Bhola got injured during the exchange of fire but, undeterred, he continued his advance.  As he neared the objective, a heavy machine gun fire made it impossible for the company to advance any further. Realizing the gravity of the situation, he sensed that the enemy MMG had to be silenced at any cost. In a daring move, Maj Bhola rushed to the machine gun post and lobbed two grenades. The enemy MMG was silenced, however while doing so Maj Bhola got hit by enemy fire. As a result he suffered grievous injuries and was martyred. Maj Baldev Raj Bhola was a valiant soldier and gritty officer who laid down his life in the line of his duty.

Maj Baldev Raj Bhola was given the gallantry award, "Vir Chakra" for his outstanding courage, devotion to duty and supreme sacrifice.

In this action, Major Baldev Raj Bhola displayed gallantry, leadership and devotion to duty of a high order.