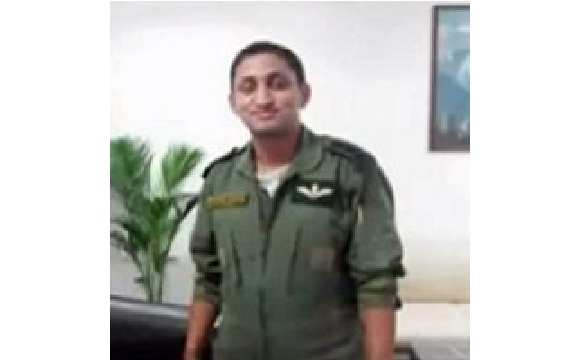 Major Tahir Hussain Khan hailed from Suraram village in Ranga Reddy district of Telangana, and was born into the family of Smt Afzar Begum and Shri Sarvar Hussain Khan. He had two brothers Mahmood and Mazhar as his siblings, who too joined the armed forces. His younger brother Mahmood joined the IAF while his elder brother Mazhar joined the Indian Army. Of the seven sons in Major Khan’s generation, six were serving either in the Army or the Air Force, truly a proud family of military personnel.  Brought up in a family of military personnel, Major Khan had a passion to serve in the Armed Forces, right from his younger days. He finished his schooling from  Kendriya Vidyalaya, Hyderabad and later graduated from AV College in Hyderabad.

Initially in the year 2002, he joined the Indian Air Force as an airman in the technical trade. Later he made his way up through the Army Cadet College (ACC) of the Officers Training Academy (OTA), where personnel from other ranks of the three services can become commissioned officers in the Indian Army.  He was commissioned into 4 Gorkha Rifles, an infantry Regiment well known for its gallant soldiers.  During his tenure with the infantry unit, he performed well along the LoC spending most of his time with the soldiers in the forwarding posts. After serving for few years with his parent Regiment, he got selected for the Army Aviation Corps and got trained as a helicopter pilot.  Finally, in 2010, he received the revered pilot’s wings in Army Aviation.

During 2015, Maj Tahir Hussain Khan was serving with 202 Army Aviation Squadron based at Dras in J&K. The squadron under the command of Col Sunil Kumar Das was operating Advanced Light Helicopter (ALH) Dhruv. The Squadron was using the ALH as a versatile, multi-role, multi-purpose machine undertaking various operational tasks on a regular basis. Following the tragic floods in Jammu and Kashmir in September 2014, the Northern Command of the Army launched a humanitarian assistance mission to provide relief and rescue operations. Maj Tahir Hussain Khan and his unit took part in these operations and carried out many successful missions. Besides the casualty evacuation and relief operations, the 202 Army Aviation Squadron was providing various types of tactical and logistic support to counter-insurgency operations by the Army. Maj Tahir Hussain Khan was tasked for one such operation on 11 Feb 2015.