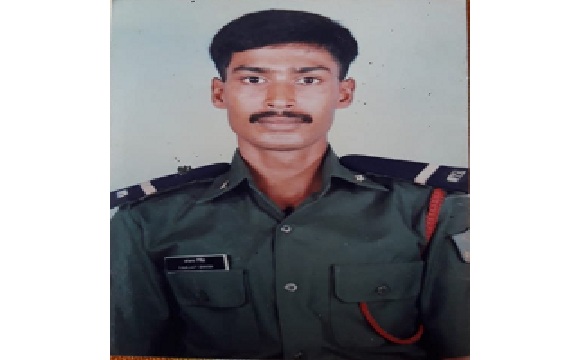 Major Sanjay Singh hailed from the state of Bihar was born on 24th April 1968. Son of Shri Maheshwari Prasad and Smt Susheela Devi, he had two brothers and a sister as his siblings. As his father was in a transferable job, Maj Sanjay was born and brought up in various parts of the country. He studied from various Kendriya Vidyalayas at Ferozepur, Allahabad and Haridwar. His later part of school education (from 9th standard) was in KV Hardwar located in a small Army cantonment Raiwala Cantt in between Haridwar and Rishikesh. It was at this Army cantonment that the foundation of his future army life was laid, as his fascination with the army blossomed at this place.

He completed his graduation and post-graduation at the age of 21 yrs from Pandit Lalit Mohan Sharma College, Rishikesh. Subsequently he also did his BEd from DAV college Dehradun in the year 1990. But he continued to follow his dream and consequently got selected to join the army through CDS examination. He joined OTA Chennai and passed out as part of 52 Course. He had the distinction of commanding the Passing out parade as “Academy Under Officer”. He got commissioned into 26 Rajput of the Rajput Regiment, an infantry Regiment well known for its fearless soldiers. Very soon, he developed into a committed soldier and fine officer who commanded respect of his juniors and seniors as well.

He underwent the challenging Commando Course at Belgaum and also excelled in Pistol and LMG firing at national level competitions. He was affable and compassionate which endeared him to his peers and soldiers working under him. After serving for sometime, he got married to Ms Rashmi Singh, daughter of Shri RN Singh a scientist in Pilani on 30th May 1996.

During 1997, Maj Sanjay Singh was serving with 26 Rajput deployed in J&K. He was functioning as one of the Company Commanders of the battalion, which was engaged in counter-insurgency operations in its area of responsibility(AOR). As a number of militants were active in its AOR, the unit troops had to maintain a very high state of preparedness at all times and had to undertake operations at a short notice. Based on the information from the intelligence sources, about the presence of some hardcore militants in Kopra forest near Thana Mandi in Rajouri district of J&K, the unit decided to launch a combing operation on 15 Sep 1997 as part of Op Khoj.

Maj Sanjay Singh's wife Smt Rashmi Singh took the tragedy in her stride as a 'veer nari' and decided to carry forward the legacy of her husband by joining the army as an officer (She is currently serving as a Lt Col).