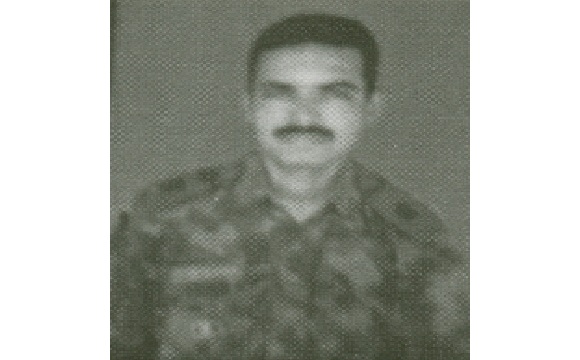 Major Padmanabhan Srikumar was commissioned into the Corps of Air Defence Artillery (Now known as the Corps of Army Air Defence), the important combat support arm of the Indian Army.  After serving for some time with his parent Corps he was deputed serve with 27 Rashtriya Rifles battalion, deployed in Jammu and Kashmir for counter-insurgency operations. He joined the unit on 23 Nov 1996, which had an impressive record of conducting many successful operations in the Kashmir valley from time to time since its deployment there.

During 1997, Maj Padmanabhan Srikumar's unit was deployed in J & K area for anti-insurgency operations. As the militant activity was on the rise in the area, the security forces launched an operation called, "Operation Scorpion" to neutralize the threat of militants. In the second week of Dec 1997, Maj P Srikumar’s unit received credible information from intelligence sources about the presence of terrorists in its AOR(Area of Responsibility).  Consequently a decision was taken by the unit s to launch a search and destroy operation as part of "Operation Scorpion". Maj P Srikumar was tasked for one such operation on 12 Dec 1997.

As planned, Maj Srikumar along with his troops swung into action and set off to an arduous march towards the suspected hideout. After reaching the suspected area the leading platoon of the company soon made contact with the militants and a fierce exchange of fire ensued thereafter. The exchange of fire resulted in casualties which wounded two of Maj Srikumar's soldiers. Displaying a great deal of courage, Maj Srikumar reorganized his troops and launched a well coordinated attack on the hideout killing one militant. Despite all odds, Maj Srikumar exhorted his troops and continued the operation killing four more hardcore militants and recovering large quantities of arms and ammunition. However while doing so, Maj Srikumar got severely injured and later succumbed to the injuries at 1145 hrs on 12 Dec 1997.

Maj Padmanabhan Srikumar was a valiant soldier and a committed officer who laid down his life in the service of the nation. He was given the nation’s second-highest peacetime gallantry award, “Kirti Chakra” on 26 Jan 1998 for his exemplary courage, unfaltering leadership and supreme sacrifice.

The citation for  Kirti Chakra awarded to him reads :

Maj Padmanabhan Srikumar, KC (posthumous) was commissioned Air Defence Regiment (SP) and was posted with 27 Rashtriya Rifles on 23 Nov 1996. The unit launched Operation Scorpion to flush out militants from their hideout in the District of Jammu & Kashmir.

Tasked to encircle the suspected hideout, Maj P Srikumar the leading column commander, came under heavy automatic fire of a Machine Gun which wounded two other ranks and stalled his advance. Without caring for his personal safety he moved through the jungle and assaulted the hideout killing one militant in a fierce firefight in which he also got grievously wounded. Despite all odds, Maj P Srikumar exhorted his troops and continued the operation killing four more hardcore militants and recovering large quantities of arms and ammunition. In doing so, the officer succumbed to the injuries at 1145 hrs on 12 Dec 1997.

For his leadership, courage, unflinching devotion to duty in the highest traditions of the Indian Army. Late Maj P Srikumar was awarded Kirti Chakra (posthumous) on 26 Jan 1998.