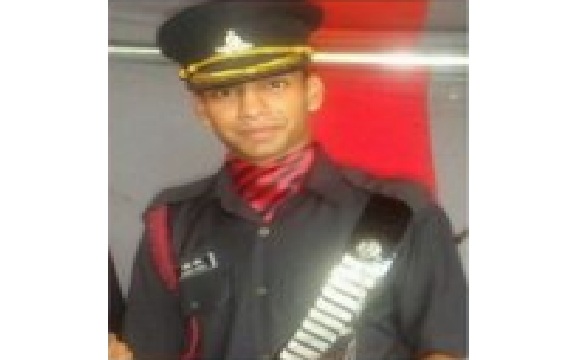 Lt Archit Verdia hailed from Udaipur district of Rajasthan. Lt Archit Verdia had inclination towards the Armed Forces since his childhood. Eventually he joined the Army and was commissioned into 175 Med Regt of the Regiment of Artillery, the important combat support arm of the Indian Army.

During 2011, Lt Archit Verdia was serving in Siachen glacier as part of “Op Meghdoot”. Lt Archit Verdia and his comrades at that time were braving the hostile weather as well as the enemy across the undefined border. Besides facing extreme weather conditions, Lt Archit Verdia and his troops had to deal quite often with unprovoked firing from the enemy forces. In order to deal with hostile weather conditions the troops were trained to use specialized equipment in their daily tasks. The living conditions were also very harsh and demanded tremendous patience and endurance.

Until 2000, the soldiers stayed in snow tents that icy winds and blizzards could blow away or rip apart. Later they were provided with fiber glass huts. Each hut could accommodate six people and two could be joined to take in 12. It had a window on the top for the sun to filter in. But these structures could become loose and shift as there was no foundation holding them in place. As soldiers prepared food or sleep inside — mostly in sleeping bags on the floor or on makeshift wooden planks because beds would take up too much space — the ice underneath would often melt. The iron nails anchoring the hut at times would become loose and the structure would shift and even be blown off on a windy day. On 21 July 2011, Lt Archit Verdia and Maj Gurphej were at Ashok post located at 19000 feet and were sharing a fiber glass hut.

In the night due to some unknown reasons, the fiber glass hut of Lt Archit Verdia and Maj Gurphej caught fire. As the fire spread, the unit troops swung into action and launched massive efforts to bring the fire under control. However despite using every resource at their disposal, the unit troops could not save the lives the two officers. During the process, four soldiers too sustained burn injuries. Lt Archit Verdi and Maj Gurphej succumbed to their burn injuries and were martyred. Lt Archit Verdia was a dedicated soldier and a fine officer who laid down his life in the service of the nation.