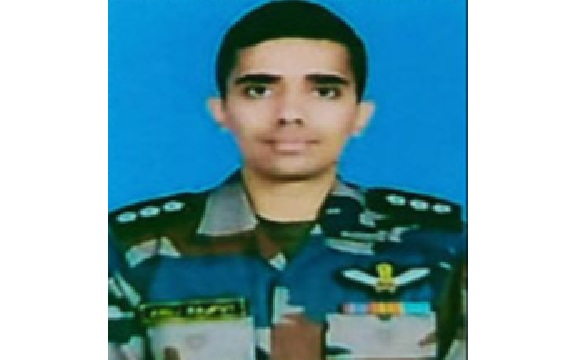 Maj Anuj Rajput hailed from Panchkula district of Haryana and was born on September 18, 1993.  His family originally belonged to Dobhi village in Hisar district of Haryana but later moved to Chandigarh. Son of Shri KS Arya, a former commercial pilot and Smt Usha Arya a government school teacher, Major Anuj did his initial schooling in Panchkula and Chandigarh. He was inclined to join the armed forces since his younger days and eventually got selected for the National Defence Academy. He later went to IMA Dehradun for further training and passed out as a commissioned officer in the year 2015 at the age of 22 years. He was commissioned into the Regiment of artillery, the combat support arm of the Indian Army well known for its booming guns and heavy weaponry.

After commissioning he got posted to J&K as his first assignment. His unit was deployed in Uri sector, close to the LOC. During this period, he was sent to Roshni post- a bunker on the Line of Control which overlooks Pakistan — for six months. As a young officer he honed his field craft skills here and soon gained confidence in various operations.  From there he went to Ferozpur for sometime and later he opted for the Army Aviation Corps and got trained as a Helicopter pilot.

The training as a pilot took him to Nasik and Bangalore for 6 months each. He excelled during his training and even received the Silver Cheetah Trophy for the same. By 2021, he had been promoted to the rank of a Major and developed into a professionally competent Helicopter pilot with expertise in various air operations.

During Sep 2021, Maj Anuj Rajput was serving with 9  (Independent) Recce and Observations Flight under the Army base at Nagrota in J&K. On 21 Sep 2021, Maj Anuj Rajput was tasked for an operational mission along with his co-pilot Maj Rohit Kumar. The crew took off in their Cheetah Helicopter to carry out the assigned task as per the operational plan. However as Maj Anuj  reached Shiv Garh village in Patni top area of Seoj Dhar, the Helicopter faced emergency situation and had to be forced-landed in a wooded area. Maj Anuj Rajput along with his co-pilot Maj Rohit Kumar using their professional skills tried their best for a safe landing but could not succeed owing to the fog and bad weather.

Consequently the Helicopter crashed severely injuring the aircrew. Maj Anuj Rajput along with his co-pilot Maj Rohit Kumar  were evacuated to the military hospital for treatment but they succumbed to their injuries and were martyred. Maj Anuj Rajput had got engaged in July 2021 and was to be married soon, but the destiny had something else in store for him. Maj Anuj Rajput was a valiant soldier and a competent pilot, who at the age of 28 years laid down his life in the service of the nation.