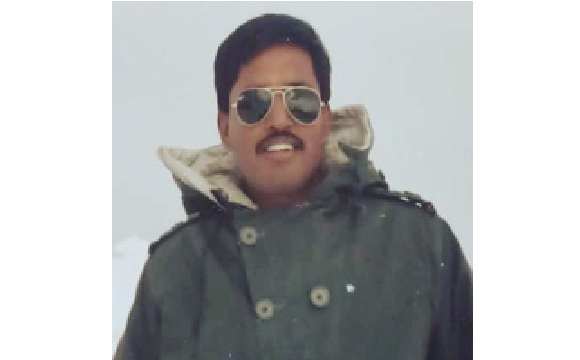 Major Abhijit Kumar Das hailed from Nagaon district of Assam and was born on 30th Jan 1962. Son of Dr Ajit Kumar Das and Smt Anjali Das, Maj Abhijit had three brothers Amit, Surajit & Debojit as his siblings. He did his initial schooling from Mt Hermon School in Darjeeling and later completed his school education from Ramakrishna Mission, Narendrapur, Kolkata. Subsequently he did his Bachelor of Arts in English from Jadavpur University, Kolkata. He was a sports enthusiast and always nursed the idea of joining the Armed Forces since his younger days.

He developed flair for literature and language but continued to follow his passion for the Armed forces. Eventually he got selected through Combined Defence Services Examination to join the Army. He joined the Officers' Training Academy (OTS) at Chennai and passed out after a rigorous training schedule. He was commissioned as a Lieutenant into 16 Rajput battalion of the Rajput Regiment, an infantry Regiment well known for its dauntless soldiers and numerous battle exploits. By 1993, he had served in various field areas and had been promoted to the rank of Major.

During May 1993, Maj Abhijit Kumar Das‘s unit was deployed in Doda district of J&K close to the Line of Control(LOC). The unit troops were engaged in counter-insurgency operations on a regular basis as its AOR (Area of Operation) was affected by active militancy. The LOC remained highly active and volatile with ceasefire violations occurring very often and without any warning. Besides manning the forward posts in Doda district,  Maj Das’s unit also undertook operations to check the infiltration bids as its AOR was prone to infiltration by the militants from across the border. In May 1993, the security forces received credible information from the intelligence sources about the presence of terrorists in Doda district in an area falling under the AOR of Maj Das’s unit.

Based on the intelligence inputs Maj Das’s unit decided to launch a search and destroy operation in the suspected area. The operation was launched on 01 May 1993, under the leadership of Maj Das. Maj Das along with his troops swung into action and launched the operation as planned. However the troops could not make contact with the terrorists despite continuous efforts. Eventually Maj Das and his men made contact with the terrorists on 13 May after trailing them for 13 days. The terrorists opened fire at the troops, on being cornered and challenged. Thereafter a fierce gun battle ensued with heavy exchange of fire. Maj Das leading from the front, deployed his troops tactically to block the escape routes of the terrorists. However in the following exchange of fire, Maj Das got seriously injured. He later succumbed to his injuries and was martyred. Maj Abhijit Kumar Das was a valiant soldier and a fine officer, who led from the front and laid down his life in the service of the nation, following the highest traditions of the Indian Army.