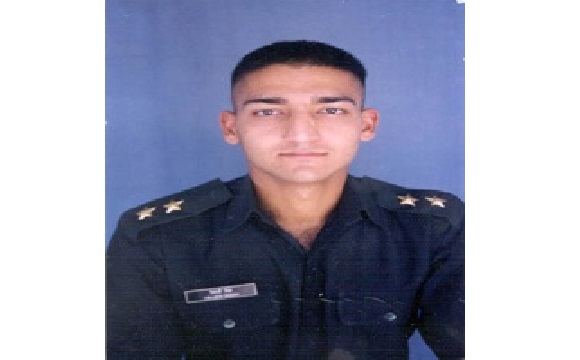 Lieutenant Triveni Singh was born on 1st February 1978  at Namkum, Ranchi in Jharkhand. Son of an Army veteran Capt Janmej Singh Thakur and Smt Pushplata, Lt Triveni Singh originally hailed from Pathankot in Punjab. He completed his schooling from St Joseph Convent School Pathankot and went to Ludhiana for his graduation. Lt Triveni Singh, was proficient in martial arts and had won awards at various national level competitions during his student days. Lt Triveni, after graduating from the Punjab Agriculture University, Ludhiana, joined the Indian Military Academy in Dehradun and passed out on 08 Dec 2001 as a proud Lieutenant.

Lt Triveni Singh was commissioned into 5 JAK LI battalion of the Jammu and Kashmir Light Infantry an elite regiment known for its gallantry and various battle honours. Soon after joining the unit, Lt Triveni Singh was sent for the Commando Course at college of combat and did exceedingly well in the course. During 2003, his unit was deployed in Jammu area where Lt Triveni Singh took charge as Adjutant of the unit.

On the evening of 02 January, 2004 the Lt Triveni Singh’s unit received information about the terrorist attack on Jammu railway station. The commanding officer of the unit instructed Lt. Triveni Singh to inform all officers and prepare for action. Realizing the gravity of the situation and urgency Lt Triveni Singh sought permission to go to the railway station himself as leader of the quick reaction team of commandos.

However during the exchange of fire, Lt Triveni Singh got severely injured and was martyred. For his extraordinary gallantry, unyielding fighting spirit and  selfless act of supreme sacrifice, Lt Triveni Singh was given the nation’s highest peace time gallantry award “Ashok Chakra”.

The citation for the “Ashok Chakra” awarded to him reads:

On 2nd January 2004, Lieutenant Triveni Singh of 5 Jammu & Kashmir Light Infantry was Adjutant of his unit, when information about terrorist attack on Jammu Railway Station was received by the unit. Lt Triveni Singh led the Quick Reaction team to tackle the terrorists. As the team approached the railway station, Lt Triveni Singh was told that the terrorists were firing indiscriminately. In a swift action, Lt Triveni Singh and his Ghatak Commandos cordoned off the station and killed the first terrorist. The second terrorist was equipped with lethal weapons which could kill over 300 passengers who were in the parcel room. Sensing the danger, he reacted swiftly and managed to kill the second terrorist, however he himself got fatally injured. For displaying extreme gallantry, utmost courage and selfless act of supreme sacrifice,  Lietutenant Triveni Singh is awarded, ” Ashok Chakra”.