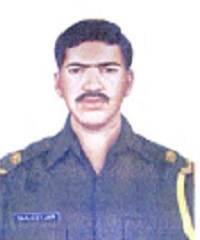 Lt Sanjeev Jain hailed from Jammu and Kashmir and was born in a military family on 2nd Jan 1968. His father, Lt Col S C Jain(Retd)as well as grand father, Maj Gen Rai Bahadur, Bishan Das, KCSI, OBE  served in the Armed Forces and he too wanted to follow into their footsteps right from his childhood. Consequently, he joined the Army at the age of 24 years on 07 Mar 1992. He was commissioned into the Army Service Corps, the corps which, with its motto “Seva Asmakam Dharmaha” handles the logistic support function of the Indian Army.

After passing out of Officers’ Training Academy(OTA) Chennai, Lt Sanjeev Jain was sent on attachment to 7 Dogra battalion as his first assignment. The unit was deployed in J & K and was engaged in counter insurgency operations.

During 1992, the militancy was on rise in J &K and the Army was increasingly getting involved in counter-insurgency operations. 7 Dogra battalion deployed in J & K was too tasked for operations against the militants on a regular basis. On 01 Aug 1992, the unit received the information from the intelligence sources about the presence of militants in Baba Rishi complex, one of the major Sufi shrines of Kashmir, located near Ramboh village in Baramulla District.  As it was a major tourist attraction with religious significance the operation against the militants had to planned and executed very carefully. A decision was taken to launch a search and destroy operation to neutralize the militants on 01 Aug and Lt Sanjeev Jain was chosen to be part of the assault team.

Lt Sanjeev Jain along with his soldiers reached the complex as planned and cordoned off the suspected area. Soon the troops made contact with the militants who fired at the troops on being challenged. A fierce gun-battle followed thereafter with a heavy exchange of fire between the troops and militants. During the gun battle, Lt Sanjeev Jain got hit by bullets and was severely injured. But on seeing the militants trying to break the cordon and escape, Lt Sanjeev Jain without caring for his injuries chased them till he collapsed. Lt Sanjeev Jain though very young in service displayed courage  and leadership of a very high order and laid down his life in the service of the nation. Lt Sanjeev Jain was given the gallantry award, “Sena Medal” for his bravery, unyielding fighting spirit and supreme sacrifice. 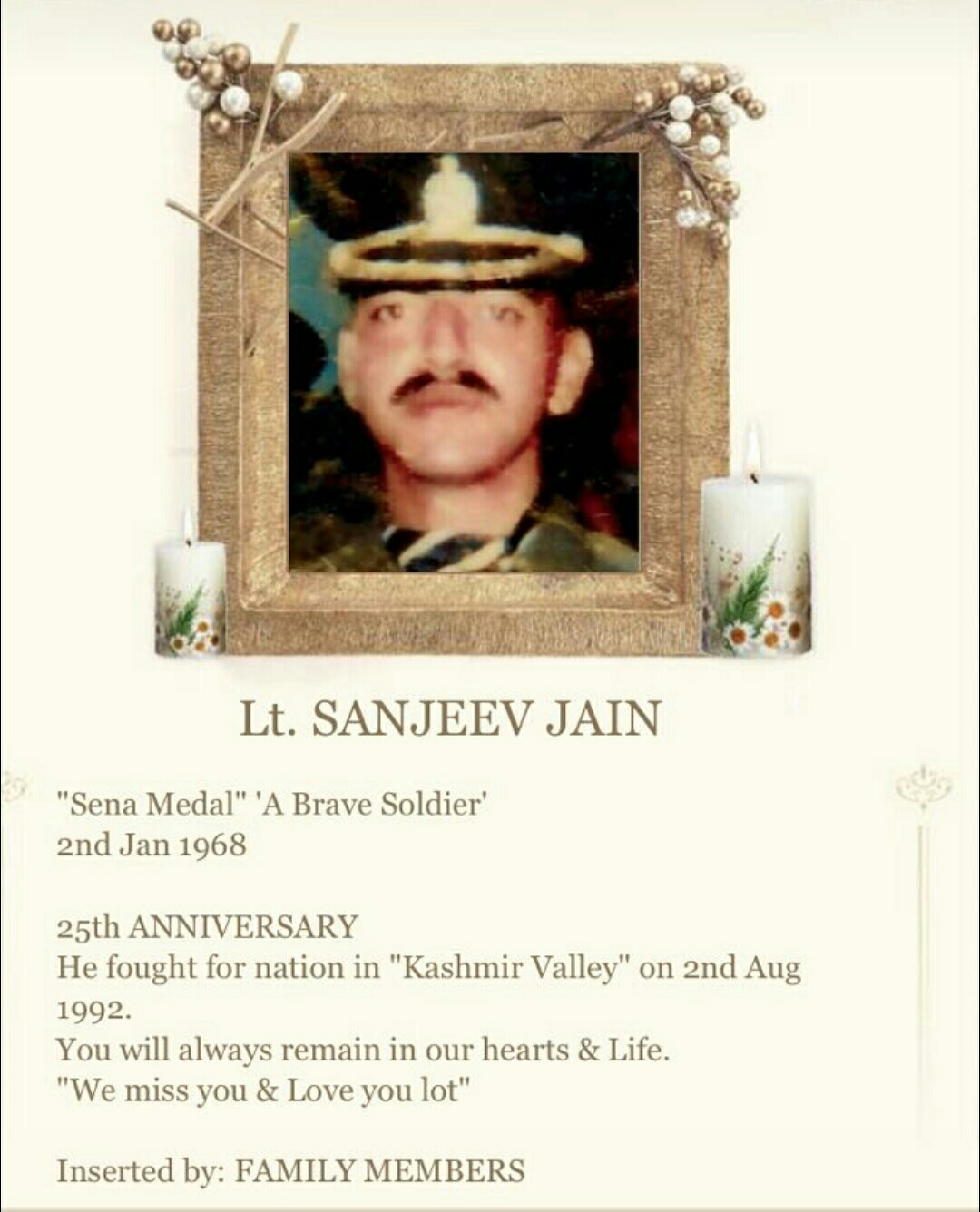 Lt Sanjeev Jain was given the gallantry award, “Sena Medal” posthumously for his bravery and supreme sacrifice.