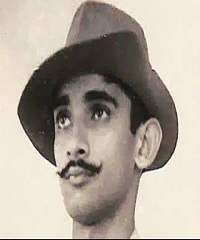 Lt Dilip Gupte was born in a family of doctors wherein both parents were practicing doctors. Lt Gupte nursed the idea of joining the armed forces since his childhood and had no inclination in the medical profession. He joined the army at the age of 22 years and was commissioned into Bengal Sappers of the corps of engineers in Feb 1964. Lt Gupte was engaged in  May 1965 but soon thereafter he received orders to join his unit in J&K area to take part in operations against Pakistan.

Though the Indo Pak war of 1965, officially ended on 23 Sep 1965, border skirmishes were continuing thereafter to occupy positions of advantage. Pakistan was pushing regular Army troops in the guise of Razakars & Mujahideen into India over Kishenganga River through Jura Bridge, near Tithwal. The Indian army decided to flatten the bridge to prevent the infiltration and 4 Kumaon battalion was given the task to demolish the Jura Bridge. Lt Dilip Gupte with his platoon was attached to 4 Kumaon to give engineer support. The orders came after the cease-fire was declared on 23 Sep 1965, hence the operation was to be carried out with great stealth and caution. The commanding officer of 4 Kumaon Lt Col Arthur Salick planned the operation by taking the battalion over Bimla Pass at the height of 12000ft in enemy territory, marching on foot over 25 Km of high altitude terrain.

The battalion with support elements marched for almost 7 days in snowbound and icy wind terrain, though it came across enemy at 3 places which were successfully defeated and pushed back. Lt Gupte was attached to D company of 4 Kumaon commanded by Maj Y Bisht leading the march. The team reached the Jura Border on 10th Oct 65 and cleared the area on the side of Bridge by pushing back the enemy. However, the bridge could not be approached immediately owing to the very steep & verticle slope. The enemy counter-attacked on 11 Oct 1965 and a fierce battle ensued thereafter. The 4 Kumaon troops ran out of ammunition due to skirmishes on the way but were determined to repulse the enemy attack. Lt Gupte and his soldiers used bayonets and rifle butts and gallantly fought off the enemy. Another company of 4 Kumaon led by Capt DK Dhavan joined the operation and finally forced the enemy forces to retreat. However, during this fierce battle Lt Gupte, Capt Karunakaran, Maj Bisht, and 39 other soldiers laid down their lives. Lt. Gupte was seriously injured with bullets in the neck and later succumbed to his injuries.

Lt Dilip Gupte was a valiant and committed soldier who made the supreme sacrifice at the age of 23 yrs, following the highest traditions of the Indian Army. Lt Dilip Gupte is survived by his younger brother Dr. Rajan Gupte.