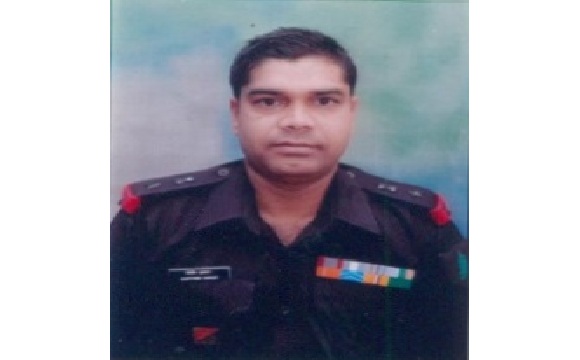 Lt Col Santosh Kumar Singh hailed from Karath village in Tarari Block of Bhojpur district in Bihar.  Son of Shri Ramakant Singh, he did his initial schooling from  Sainik School Tilaiya, located near tilaiya dam in the district of Koderma in Jharkhand. He was inclined to join the armed forces since his younger days and continued to follow his dream while growing up. He completed his graduation from Delhi University and thereafter following his passion, he cleared the Combined Defence Services Examination and got selected to join the Army. He passed out of the prestigious IMA Dehradun as a Lieutenant. He was commissioned into 2/8 GR battalion of the 8 Gorkha Rifles Regiment, one of the most celebrated regiments of the Indian Army, known for its fearless soldiers and for producing one of the greatest soldiers of the Indian Army, Field Marshal Sam Manekshaw.

After completing his training, he served in various operational areas and developed into a fine officer with commendable soldierly skills. By the year 2012, he had put in over 15 years of service and had been promoted to the rank of Lieutenant Colonel. In July 2012, his unit 2/8 GR moved to Arunachal Pradesh from Shimla in Himachal Pradesh.

During Nov 2012, Lt Col Santosh Kumar Singh's unit 2/8 GR was deployed at Kibito area in Anjaw district of Arunachal Pradesh. The unit troops were manning the border posts in the area and were maintaining a state of high alert at all times.  An alarming situation developed in the 2nd week of Nov 2011, when the Chinese Army crossed the McMohon Line and entered at Kibito area in Anjaw district of the state. The Chinese Army exchanged cross firing with Indian forces, which lasted more than one hour from November 7 to 10, 2011.  Following this incident, the Indian Army units were asked to intensify the monitoring and maintain a high level of readiness at all times. Lt Col Santosh Kumar and his troops were closely monitoring the situation at the border and launched armed patrols regularly to monitor the area in between the manned posts.

Lt Col Santosh Kumar is survived by his parents, wife and son.