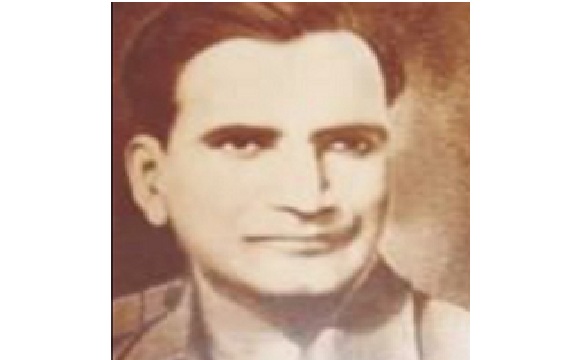 Lieutenant Colonel Joseph Ephraim Jhirad was born in the year 1923 to Mr Ephraim (Khan Sahib) Joseph Solomon Jhirad and Mrs Miriam (Mary) Samuel Haim Samuel Jhirad (born Kehimkar). Though he came from a Jewish family, which did not have many members serving in the Armed Forces, he was inclined to serve in the Army right from his younger days. He eventually joined the Army and was commissioned into the 8 Garh Rif battalion of the Garhwal Rifles Regiment, an infantry Regiment known for its intrepid soldiers and glorious history of numerous battle exploits.

After serving for a few years, he got married to  Ms Joyce Rebecca, born on December 6 1924, in Bhahulpur. By the year 1965, he had put in substantial years of service and had been promoted to the rank of Lieutenant Colonel. By then he had served in various operational areas and developed into a battle-hardened soldier and a fine officer, who believed in leading from the front.  As the war clouds were gathering in 1965, Lt Col JE Jhirad’s unit got deployed in the western sector to check for any misadventure by Pakistani forces.

During the 1965 war with Pakistan, Lt Col JE Jhirad’s unit 8 Garhwal Rifles was part of the 43 Lorried Brigade of 1 Armoured Division. Lt Col Jhirad was functioning as the Commanding Officer of the unit with Maj Abdul Rafey Khan as his Second-in-Command.  On 08 Sept, the brigade crossed the border and advanced along the Majuna Channi, Gangial, Kaloi and Phagowal axis in the Sialkot sector. On 16 Sept, Lt Col Jerry E. Jhirad’s battalion along with two squadrons of 17 Horse was poised to attack Chawinda. However, at the last minute, the plan of a direct assault on Chawinda was shelved because recce reports indicated that the terrain, as well as the layout of the town, afforded a natural anti-tank defence.  It was then decided to first capture Butur Dograndi to disrupt the enemy line of communication ie., the Chawinda to Pasrur road, to facilitate the capture of Chawinda. 8 Garhwal Rifles along with a squadron of 17 Horse, was given the task and the attack was to be carried out in broad daylight.

It was a daring attack, launched by day at 1230 hours. However during the attack Lt Col JE Jhirad, the Commanding Officer got seriously wounded by heavy enemy shelling. Regardless of fatal injuries, he grabbed the blooded Royal Rassi (lanyard) in his hand and whispered the last words, “Nothing can be nobler and finer than to die for this”. The loss of the CO at such a critical juncture was shocking for the unit but undeterred it pressed on the attack under the dynamic leadership of Maj Abdul Rafey Khan, the Second-in-Command. Lt Col JE Jhirad soon succumbed to his injuries while being taken to the advanced dressing station and was martyred. Lt Col JE Jhirad was a committed soldier and a determined officer, who led from the front like a true military leader. Lt Col Jhirad’s remains were retrieved from a temporary grave by his wife and brother-in-law shortly after the war and were buried in the Jewish cemetery in New Delhi.