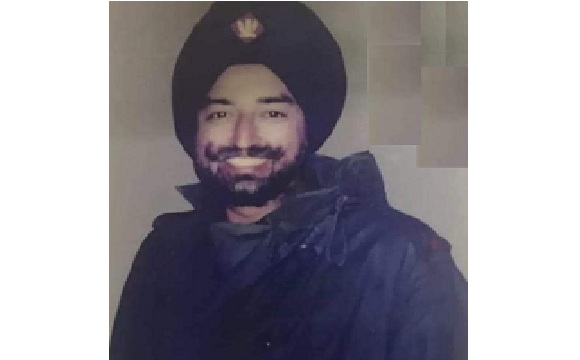 Place of birth : Lucknow, U P

Lieutenant Colonel Inderbal Singh Bawa was born on 25 May 1947 in Lucknow, Uttar Pradesh. Son of Dr. HS Bawa, Lt Col Inderbal Singh did his schooling at DAV Higher Secondary School, Shimla. He was commissioned into 4/5 Gorkha Rifles on 11 June 1967 and played an active role in the 1971 war between India and Pakistan, where he was the source of sustained inspiration to his men. Lt Col Bawa was also described as an able leader and a fine officer by his fellow soldiers.

After the induction of Indian forces in Aug 1987, as part of the Indo-Sri Lanka accord, the militants were supposed to surrender but the dreaded LTTE backed out and unleashed war on Indian forces. Initially, only 54 division of the Army was inducted but the escalation of the operations brought three more divisions 3, 4 and 57 into the conflict. By Oct 1987, Indian forces had undertaken numerous operations against LTTE but the war was far from over. Lt Col lnderbal Singh Bawa landed with his battalion at Palai in October 1987, and immediately went into battle. The battalion was entrusted with the task of clearing the axis of Vasavilan, Urumpirai and Jaffna Fort, which were well-defended militant strongholds. The militants desperately contested the advance from strongly fortified positions. Lt Col Bawa personally led his troops in the operations, inflicting heavy casualties on the militants.

Thereafter, the Gurkha Rifles was assigned the task to extricate 12 Sikh Light Infantry and 10 Para Commando teams at Kondavil, in the North East area. Lt Col Bawa led his battalion through the heavily fortified territory and successfully extricated them on 13 October 1987. During this operation, a militant suicide squad sprayed him with a hail of bullets and Lt Col Bawa was martyred fighting gallantly in the line of his duty. Lt Col Inderbal Singh Bawa was given the nation’s second-highest gallantry award, “Maha Vir Chakra”  for his exceptional courage, unfaltering leadership and supreme sacrifice.

Lt Col Bawa is survived by his wife, Smt Lily Bawa and son Col Tejinder Bawa, who is carrying on with the family tradition of serving in the Army.

The citation for the Maha Vir Chakra awarded to Lt Col Bawa reads:

Deployed in Sri Lanka as part of the operation of the Indian Peace Keeping Force, Lieutenant Colonel lnder Bal Singh Bawa landed with his battalion at Palai on 11 October 1987 and went immediately into battle with the task of clearing the Axis Vasavilan-Urgmpurai-Jaffna Fort. The militants desperately contested the advance from strongly fortified positions. The officer contained, bypassed, and reduced each position, inflicting heavy casualties on the militants. He personally led his command and was a sustained inspiration to his men. The battalion was again detailed to extricate 13 Sikh Light Infantry and 10 Para Commando teams from the Kondavil North East area. Lieutenant Colonel Bawa again led his battalion through the heavily fortified territory, linked up with the above force, and successfully extricated them on 13 October 1987. In this effort, a militant suicide squad sprayed him with a hail of bullets and he died fighting gallantly.