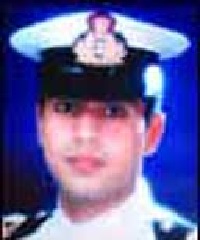 On the fateful day he strapped himself into the cockpit of his Sea Harrier fighter aircraft on the morning of December 5, 2005  at Goa’s Dabolim airfield, it was supposed to be a routine flying sortie. Pannu’s jet rolled to the end of the runway but didn’t take off. Instead, it tore through the steel wire crash barrier, broke through the perimeter wall and flew over the road before crashing on the other side in a fireball, instantaneously killing the young pilot.

Lt-Commander H S Pannu is survived by his wife Rashmi.