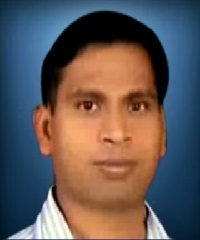 Lt Cdr Alok Kumar Sahu hailed from Kanpur in Uttar Pradesh . Son of Shri P L Sahu, a retired railway clerk and Smt Raj Kishori, Lt Cdr Sahu had a younger brother Deep Sahu. Lt Cdr Sahu since his childhood, had always nursed the idea of joining the armed forces and continued to follow his passion while growing up. His inclination for the Armed Forces grew while studying at Sainik School and eventually he got selected to join NDA. He got commissioned into Indian Navy in the year 2004. He then got married to Ms Vineeta in the same year.

On 14 Aug 2013, Lt Cdr Alok Kumar was onboard INS Sindhurakshak, the 3000-tonne Kilo class submarine, powered by a combination of diesel generators and electric batteries. On that day, the submarine at Naval dockyard in Mumbai was rocked by a series of explosions and started sinking along with 18 crew members with 3 officers and 15 sailors. It was an accident in the fully-loaded weapons compartment of INS Sindhurakshak that caused things to spiral out of control with some missile and torpedo warheads exploding in “sympathetic detonation”. The Kilo-class submarine, with a full complement of 18 missiles and torpedoes, was slated to head for “a long deployment patrol” on August 14 itself.

The Naval divers were able to prise open the conning tower, which was fused shut due to the heat of the blast,  to enable rescuers to enter. Heavy duty pumps were used to pump out the water from the submarine however it took considerable time to locate the crews of the submarine . By 19th August 7 of 18 missing sailors’ bodies were recovered while another 6 were recovered by 31st of August. Lt Cdr Alok Kumar Sahu was a committed soldier and fine officer who laid down his life in the line of his duty.