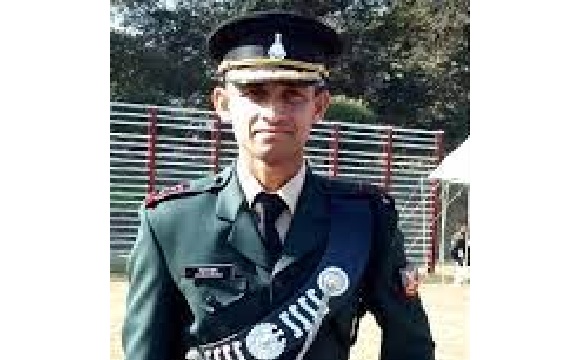 Lieutenant Anurag Shukla hailed from Singra Khurd village of Medninagar block in Palamu district of Jharkhand. Son of Shri Jitendra Shukla and Smt Usha Shukla, he had two sisters Supriya & Roshni as his siblings. He completed his schooling till class X from DAV School Daltonganj. Thereafter he moved to Ranchi and completed his graduation in economics from St. Xavier’s College.

He was inclined to join the Army since his younger days and continued to follow his dream. Eventually, he got selected after clearing the Combined Defence Services Examination and joined IMA Dehradun. He was commissioned into the 10 JAK Rif battalion of the well-known Jammu and Kashmir Rifles Regiment, an infantry regiment widely respected for its intrepid soldiers and numerous battle exploits.

During 2019, Lt Anurag Shukla, was serving with 10 JAK Rif deployed in J&K. In April 2019, the unit went to Rajasthan in Karanpur area in Sriganganagar district to take part in a combat training exercise. Lt Anurag Shukla was part of the unit team, tasked to participate in the combat exercise, aimed to practice various combat manoevres. In the afternoon of 19th April, one of the Jawans, Rifleman Sharvjeet Singh who had gone for a swimming practice, was seen drowning calling for immediate help. Lt Anurag Shukla, who was present on the spot without loosing time, swung into action and jumped in to save his comrade.

Lt Anurag Shukla displaying great courage managed to save the Jawan, Rifleman Sharvjeet Singh. However while doing so, he could not save himself and got drowned. The rescue team took almost an hour to extricate Lt Anurag Shukla and he was then taken to the government hospital at Gajsinghpur. But by that time, it was too late and he could not be saved. A young officer and a fine soldier was thus lost in this tragic incident. Lt Anurag Shukla was a valiant and gritty officer who laid down his life at the age of 23 years, displaying courage, camaraderie and devotion to duty of a very high order.