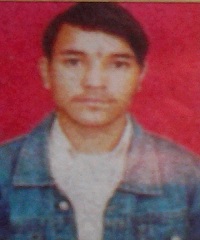 LSUC I – Kewal Singh was (27) was the son of Sagar Singh born in a village Kheen Bheen,Ramnagar in Udhampur district of Jammu and Kashmir. LSUC I Kewal Singh was married and had a six-month-old daughter when he lost his life in the horrific accident in INS Sindhurakshak.

LSUC I Kewal Singh is survived by his parents , grandparents ,wife and daughter.

On 14 Aug 2013, LS UC I Kewal Singh was on-board INS Sindhurakshak, the 3000-tonne Kilo class submarine, powered by a combination of diesel generators and electric batteries. On that day, the submarine at Naval dockyard in Mumbai was rocked by a series of explosions and started sinking along with 18 crew members with 3 officers and 15 sailors.