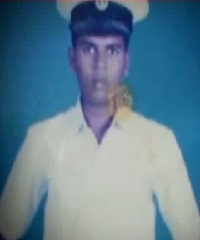 LME Rajesh tootika (30) was born in Pedagamtayada in Visakhapatnam district of Andhra Pradesh. Son of Appala Naidu, LME Rajesh Tootika had got married in 2011. He had served in the Navy for 10 years.

On 14 Aug 2013, LME Rajesh Tootika was onboard INS Sindhurakshak, the 3000-tonne Kilo class submarine, powered by a combination of diesel generators and electric batteries. On that day, the submarine at Naval dockyard in Mumbai was rocked by a series of explosions and started sinking along with 18 crew members with 3 officers and 15 sailors.