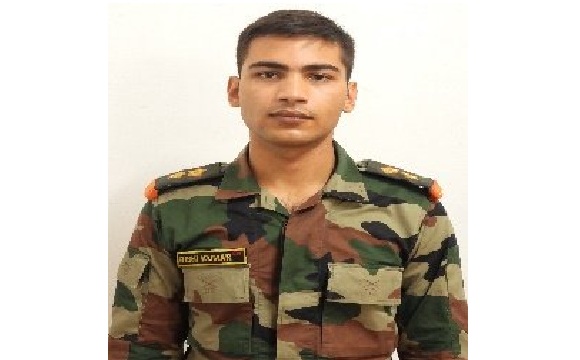 Lieutenant Rishi Kumar hailed from Begusarai district of Bihar and was born in the year 1998. Son of Shri Rajiv Ranjan Singh and Smt Sarita Devi, Lt Rishi Kumar had two sisters as his siblings. His elder sister too joined the army as a commissioned officer and was serving as a Major. Lt Rishi Kumar was inclined to join the army since his younger days and continued to follow his dream. Eventually he got selected to join the army after completing his engineering. He got commissioned as a Lieutenant in Dec 2020 at the age of 22 years. As his first assignment, Lt Rishi Kumar was posted to serve with 17 Sikh LI battalion of the Sikh Light Infantry Regt, a well known infantry Regiment.

During 2021, Lt Rishi Kumar’s unit 17 Sikh LI was deployed in Naushera sector of Rajouri district in Jammu and Kashmir. The unit was manning the forward posts along the LOC in Rajouri district. As the area of his unit’s operation was very volatile and prone to infiltration by militants, the unit had to maintain a strict vigil at all times and deployed armed patrols with regular frequency. The landmines along the patrol routes posed a serious danger to the troops and the Bomb Disposal Squad of the unit was often called upon to sanitize the routes. On 30 Oct 2021, Lt Rishi Kumar was tasked to lead one area domination patrol in the unit's AOR.

As Lt Rishi Kumar and his comrades were traversing through the challenging terrain as per the planned patrol route, there was a massive mine blast around 6 pm. The blast had a devastating effect, injuring three soldiers severely. Lt Rishi Kumar faced the brunt of the blast and absorbed most of the splinters, thereby screening his comrades behind him. However Lt Rishi Kumar and one of his soldiers Sep Manjit Singh later succumbed to their injuries and were martyred. Lt Rishi Kumar was slated to get married soon but he was more devoted to the higher cause of serving the motherland and laid down his life in the service of the nation at the age of 23 years.