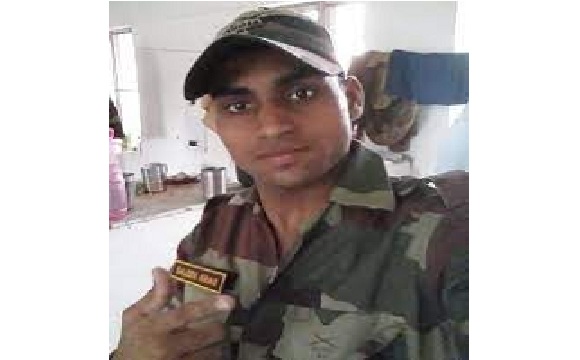 Lance Naik Saleem Khan hailed from village of Mardanheri in Punjab's Patiala district and was born on 14 Jan 1996. Son of late Army veteran Mangal Din and Smt Nasima Begum, Lance Naik Saleem Khan had brother Niyamat Ali and sister Sultana as  his siblings. His father had served as Naik in the Corps of Military Police (CMP) and his uncle Budh Din too had served in the Army.

Following the family tradition, he joined the Army in 2014 after completing his education at the age of 18 years. He was recruited into 58 Engr Regt of the Corps of Engineers, the important combat support arm of Indian Army. By the year 2020, he had put in over 6 years of service and had developed into a dedicated and professionally competent soldier.

During June 2020, Lance Naik Saleem Khan’s unit 58 Engr Regt was deployed in eastern Ladakh close to the Line of Actual Control(LAC). Since early June the tension along the LAC was building up due to construction work in Galwan valley close to the road going from Leh to Daulat Beg Oldie. The Chinese had a serious objection to the construction of a bridge across the Galwan river into the Aksai Chin area. The area held strategic importance to India as well as China as it dominated the road from Leh to Daulat Beg Oldie an airstrip of great military significance to India. on 26 June 2020, Lance Naik Saleem Khan was part of the team involved in combat engineering task over Shyok river on DS-DBO road.