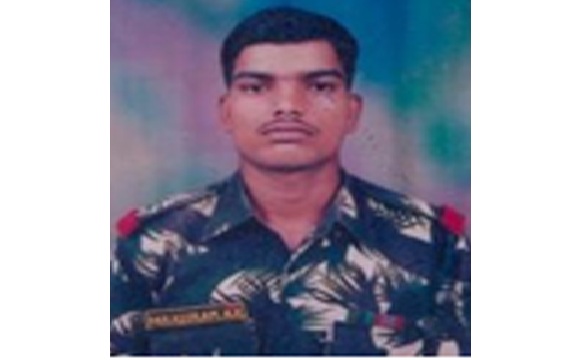 Lance Naik Parasarama Khayatannavar hailed from Ronihal village in Bijapur district in Karnataka and was born on 07 Jul 1985. Son of Shri Hanumaanthappa Khayatannavar and Smt Renavva Khayatannavar, he did his initial schooling at Ronihal village. Later he completed his Pre University College (Class XII) from Kolar in Karnataka. Subsequently he joined the Army in the year 2003 on 23 April, at the age of 19 years. He was recruited into 20 Madras of the Madras Regiment, an infantry Regiment well known for its dauntless soldiers and numerous battle exploits. After serving for few years he got married to Ms Pooja and the couple was blessed with a son Pankaj and a daughter Tanushri. By the year 2018, he had put in around 15 years of service and had been promoted to the rank of Lance Naik.

During 2018, L/Nk Parasarama Khayatannavar's unit 20 Madars was deployed in Assam as part of "Op Rhino".  This operation was being undertaken by the security forces against ULFA militants in the North East. The militancy-affected areas of the state fell in the area of responsibility of the 20 Madras battalion and thus the unit personnel had to maintain a high state of alert at all times. L/Nk Parasarama became part of many counter-insurgency operations in Assam and Arunachal Pradesh after joining the unit. He was tasked with one such operation on 22 Apr 2018.

On 22 Apr 2018, L/Nk Parasarama’s unit received an intelligence report about the presence of a group of militants in its AOR(Area of Responsibility). As a result, a decision was taken to launch an operation to neutralize the militants. As planned, L/Nk Parasarama and his comrades set off in a convoy to the operational area and launched the search operation. As the operation was underway, in Iduli village in Roing Circle Tehsil of Dibang Valley in Arunachal Pradesh, the vehicle carrying L/Nk Parasarama plunged into a deep Nala, when the soil under the vehicle gave way due to heavy rains and a landslide.  Consequently, L/Nk Parasrama got seriously wounded and soon succumbed to his injuries. L/Nk Parasarama was a valiant and committed soldier who laid down his life at the age of 32 years in the line of his duty.