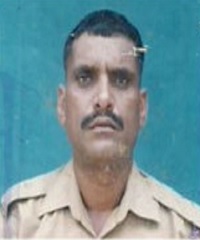 Lance Naik Mool Raj hailed from Jakh village in Samba district of Jammu & Kashmir. In 2003, he joined the Defence Security Corps (DSC) and served in various Defence Bases during his service career. Later he was posted at the Pathankot air base and was part of the DSC Platoon providing the perimeter security to the Air Base. He was married to Gayatri Devi and had a son Ashish Kumar, and a daughter Pooja Devi.

On 03 Jan, Lt Col Niranjan, who was commanding the Bomb Disposal Unit of the National Security Guard (NSG), was martyred during combing operations to sanitize the area for safe movement of troops. The combing operation was conducted jointly by the Army , NSG, IAF, paramilitary forces, and Punjab Police. The operation went on until the 5th of January when the last attacker was reportedly neutralized. In the entire exchange, 7 security personnel, one civilian and 4-6 attackers were killed. The operation launched to eliminate this threat by the Indian  Army was called ‘Operation Dhangu’ named after the place where the Air Base is located.

On the night 02 Jan 2016 at 0330 hr, five to six heavily armed terrorists entered the lines and opened indiscriminate fire on the troops.  Lance Naik Mool Raj fought gallantly but got wounded seriously having taken five bullets in the chest, during the exchange of fire. He later succumbed to his injuries and was martyred.  Lance Naik Mool Raj  is survived by his mother, wife Gayatri Devi, son Ashish and  daughter Pooja.