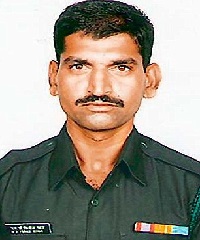 During 2013 Lance Naik Mohd Firoz Khan’s unit 38 RR was deployed in Poonch sector of J & K. The area of its operation fell along the LOC which remained highly active and volatile with ceasefire violations occurring very often and without any warning. Pakistan continued to violate the 2003 ceasefire agreement with India despite repeated calls for restraint and adherence to the pact during flag meetings between the two sides. In yet another case of ceasefire violation, on 14 Oct 2013, Pakistan resorted to heavy shelling in  Balakote sector in Mendhar Tehsil of Poonch district.