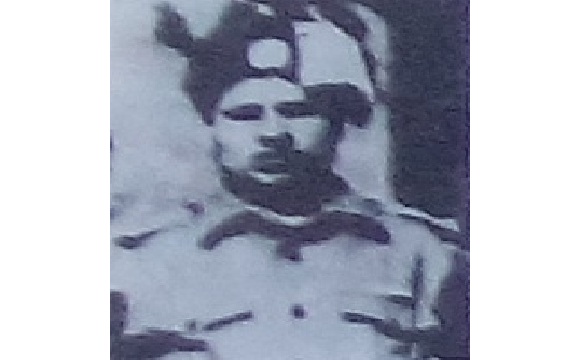 Lance Naik Mehar Singh was born on 25 Feb 1948 and hailed from Kharkara village in the Gurdaspur district of Punjab. Son of Shri Kirio Ram, L/Nk Mehar Singh wanted to join the Army since his younger days like any young men in Punjab. He joined the Army after completing his initial school education on 12th June 1953 at the age of 17 years. He was recruited into the 3 Punjab battalion of the Punjab Regiment, an infantry Regiment of the Indian Army well known for its intrepid soldiers and numerous battle & theater honours.

By the year 1971, L/Nk Mehar Singh had put in around 17 years of service in the Army and had evolved into a dedicated and committed soldier. During the 1971 war, his unit got deployed in the western sector in Punjab area.

During Indo-Pak 1971 war, L/Nk Mehar Singh’s unit 3 Punjab was deployed on the Eastern border. Though the Indo-Pak war officially commenced on 03 Dec 1971, when the Pakistani Air Force attacked 11 Indian Air Fields, the border skirmishes had started months before that when the refugees from across the border had started pouring in as a result of atrocities committed by the Pakistani forces. Prior to the outbreak of open hostilities, 3 Punjab had been engaged in a number of operations during aggressive patrolling that had been undertaken. On 05 Dec, the battalion undertook another operation when the enemy attacked the 3 Punjab battalion positions.

At that time L/Nk Mehar Singh was manning a Medium Machine Gun. The enemy attacked in strength supported by heavy machine gun and artillery fire. L/Nk Mehar Singh sensing the gravity of the situation, realized that he had to occupy a vantage position to repulse the enemy attack effectively.  Displaying remarkable courage, L/Nk Mehar Singh came out of the trench with his machine gun to occupy a vantage position. However, while doing so, he exposed himself to the enemy fire and was hit by a bullet. Though bleeding profusely, he brought down heavy fire on the enemy. In the process, he was again hit by a machine gun burst, but he continued to fire till the attack was repulsed. But soon he succumbed to his injuries and was martyred. Throughout the operation, L/Nk Mehar Singh displayed commendable bravery and fighting spirit.

On the 5th December 1971 a Battalion of the Punjab Regiment was holding an area in the Eastern Sector. The enemy attacked the Battalion Positions in strength supported by heavy machine gun and artillery fire. Sepoy Mehar Singh who was manning a Medium Machine Gun, came out of the trench with his machine gun to occupy a vantage position. In the process, he was hit by a bullet. Though bleeding profusely, he brought down heavy fire on the enemy. He was again hit by a machine gun burst out he continued to fire till the attack was repulsed. However, he succumbed to his injuries.

In this action, Sepoy Mehar Singh displayed gallantry and determination of a high order.